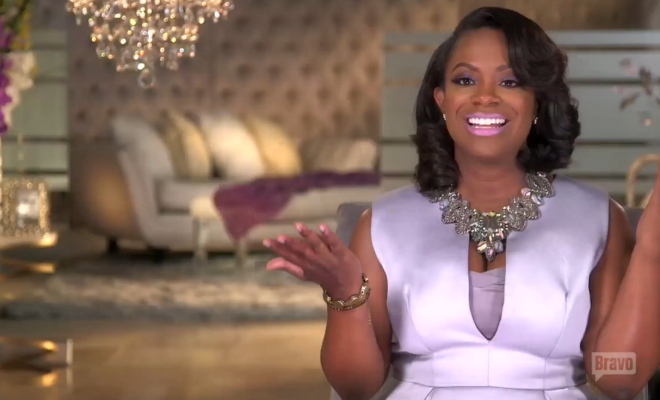 The ladies of The Real Housewives of Atlanta are back in action and there’s no shortage of drama.

Oh, like you’re surprised by that. In this exclusive premiere sneak peek, Cynthia Bailey has assembled the ladies for a party (hey, it’s a premiere episode, there has to be a party) and just in time for some drama comes Shereé Whitfield.

“Oh look what the cat dragged in,” Phaedra Parks says in her confessional. “She by Shereé.”

And not only is Sheree there, but so is Marlo Hampton (they weren’t speaking in “African tongues” this time).

Shockingly—or not so shockingly—the drama isn’t between Marlo and Sheree, but with Sheree and Kenya Moore.

The two go way back, apparently, and are neighbors. But the shade gets thrown quickly when it comes to Chateau Shereé, which is still being built. “It takes time,” Shereé says.

Kenya says neighbors have been complaining about Shereé ‘s house. “This is just people talking in the neighborhood,” Kenya says. And this is just the beginning.