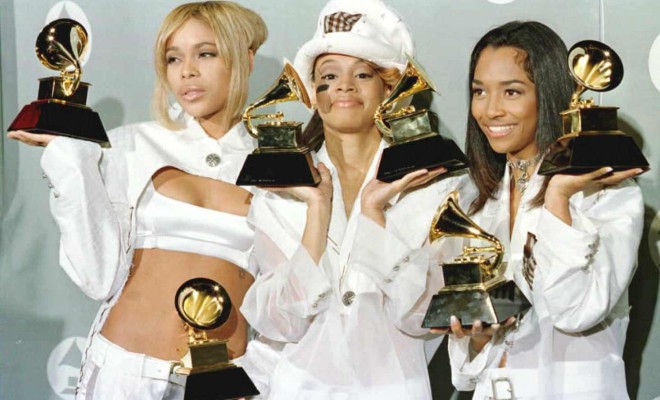 The Secret History of Kandi Burruss’ Biggest Hit ‘No Scrubs’

Admit it: you know all the words to TLC’s indelible hit “No Scrubs.” It’s a timeless anthem for independent women—not to mention a karaoke staple—and it was written by Kandi Burruss.

The Real Housewives of Atlanta star used to be in Atlanta R&B group Xscape, and Kandi wrote “No Scrubs” with another Xscape member, Tameka “Tiny” Harris. Now, in a recent interview with Rolling Stone, Tiny is opening up about the process behind their Grammy-winning hit. And it turns out “No Scrubs” was based on some romantic woes Kandi, who tied the knot with Todd Tucker this month, was going through herself.

“Well, me and Kandi, we were coming together to do a project for ourselves,” Tiny tells Rolling Stone. “We were sitting down, coming up with ideas, and when we wrote, we would always come up with a concept first. And she had a concept ’cause she had been, like, ‘I wanna talk about a screw-up, a guy that’s a screw-up that doesn’t have their own business in order.’ It came from a previous relationship that she was in.”

Kandi and Tameka may have initially written the song for themselves, but once other people in the music industry heard an early version of the track, they realized it had hit potential—and they wanted TLC to take it to the top of the charts.

“We brought it to life on our own song for ourselves, and then the producer She’kspere had played it for some of the powers that be at LaFace [Records], and they immediately were like, we want this song for TLC. And he came back to us, and we were kind of thinking about it. We were kind of like, ‘This is a hit for us. Like, we really feel like we can make it off this song.’ Because at this time, Xscape just broke up, and we were really trying to find our way.

Looking back these days, however, Tameka isn’t bitter that it wasn’t an Xscape track. “It was probably the best thing we probably could have ever ever did by giving TLC that ‘No Scrubs’ record,” she says. And her reasons are simple: “It gave me a Grammy. And two, it put us in a different light than just being artists. It gave us another outlet, like, ‘OK, these are songwriters. Grammy-winning songwriters.’ So it was a different category, a different level for my life. I had been a successful artist but never a successful writer.”