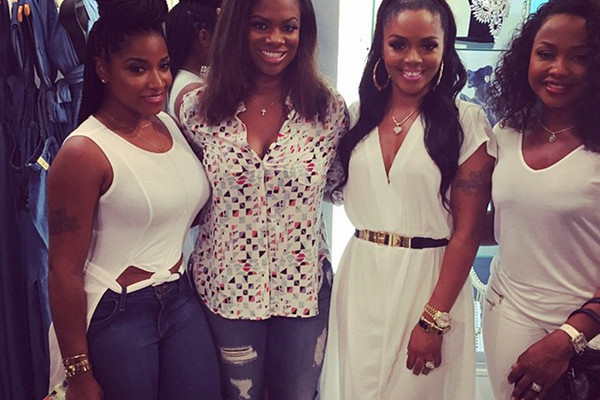 Rasheeda opened the doors to her retail store “Pressed” in Atlanta yesterday. And a few of her celeb friends stopped by to show support. Peep the grand opening pics below.

If you’re a fan of the show, you’ve seen Rasheeda and her husband Kirk Frost get into arguments over finances as Rasheeda was gearing up to open her store. But, it appears the two have worked out the kinks and she’s now the proud owner of her new boutique.

Toya Wright along with “Real Housewives of Atlanta” star Phaedra Parks were on the scene to show their support. And if Rasheeda needs any tips on running her new business, she has a few friends to lean on for advice. “RHOA” star and TAGS Boutique owner Kandi Burruss was also in attendance for the grand opening.

Meanwhile, R&B singer-songwriter Keri Hilson was all smiles during the event. She was in the mix following a sneak peek at the store days earlier.