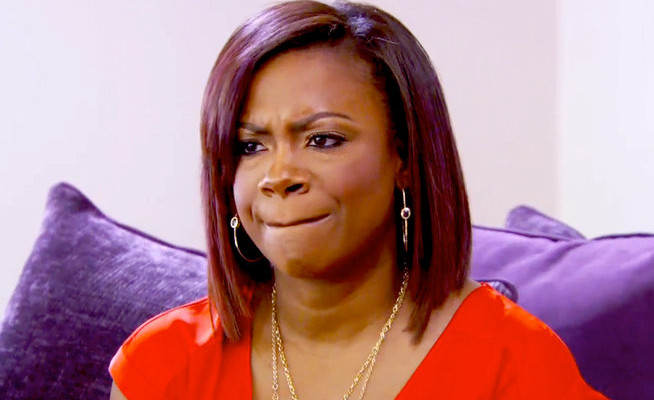 Kandi’s Tired of the Drama

Bravotv.com: Were you surprised Todd was so bothered by your bonnet?
Kandi Burruss: No, I wasn’t surprised. He’s always talking crap about my bonnet. That’s nothing new. We’re coming to a compromise about the bonnet. I’ll just put it on after he’s asleep.

Bravotv.com: Were you skeptical about NeNe’s intentions with Phaedra?
KB: Of course I’m skeptical. NeNe has been nice these last few months, but that does not make me forget the years of drama and insults that have come from her in the past. Yes, I get that people change, but it’s OK for me to proceed with caution as I would’ve thought Phaedra would. Well, hopefully things will continue to be great with them and NeNe can continue to be Phaedra’s rock.

Bravotv.com: What was going through your mind during the Phaedra and Kenya drama?
KB: Honestly I was just over it. Every time we all get together there has to be some lame ass “tea” spilled, and I’m just tired of it. Seeing Phaedra jump up was shocking, but clearly she wasn’t really going to hit Kenya and Kenya definitely wasn’t going to do anything.

What tripped me out was hearing Porsha and Phaedra make me out to be the enemy because I left the table two seconds later than they did. That just felt like they said, “Hey, we’re going to put Kandi in the middle of this drama in some way.” Well if Phaedra is really going to play into this whole “Kandi’s not my friend because she didn’t jump into my argument and run out the room faster than me,” then OK… So be it.