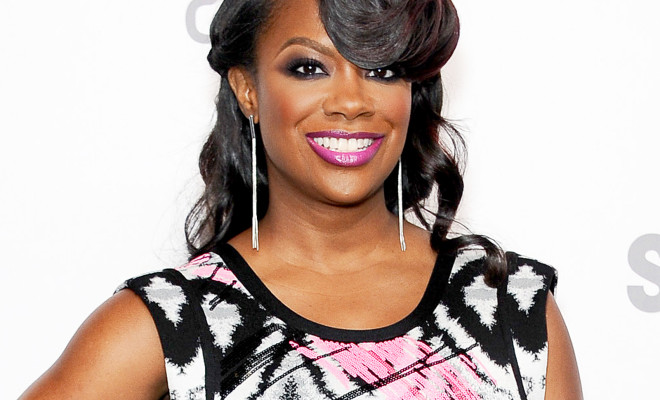 Kandi’s Ski Trip Is Like the “Black Beverly Hillbillies”

Georgia peach Kandi Burruss is very aware that she has a strong Southern accent. The Real Housewives of Atlanta star told Us Weekly that her drawl is even more pronounced when she’s spending time with her family — so much so that she said watching her Bravo spinoff, Kandi’s Ski Trip, reminded her of “the black Beverly Hillbillies.”

“I am born and raised in Atlanta and I am very country and I have a definite accent, but when I get around my family, it gets worse! So I laughed so hard at points watching because it reminds me of the black Beverly Hillbillies,” she explained.

The three-part special features Burruss, husband Todd Tucker, and their extended family traveling to a resort in Colorado to work out their issues. Despite the close quarters, Burruss told Us that her mother, aka Mama Joyce — notoriously not a fan of Tucker — was on her best behavior.

“My mom was pretty good because before the trip we had just lost Todd’s mom, so she was being very nice to Todd,” the singer-songwriter said. “She was there for him and was better to him, so their relationship was pretty cool.” Tucker’s mom, Miss Sharon, died in December 2014 after suffering a stroke.

But that doesn’t mean Mama Joyce got along with everyone. “The relationship that wasn’t cool was my mom and my friend Carmon,” the 38-year-old spilled. “She has not talked to Carmen since before my wedding. It’s hard because Carmon and I are so close. It was important for me to get them back on the same page.” Fans of RHOA will recall that during season 6, Mama Joyce had spread gossip that Todd and Carmon were having an affair.

Of the 14 family members who went on the trip, only two had ever skied or snowboarded before, but that didn’t matter. “The funny thing is, the show is called the Ski Trip, but it’s not really about the skiing! You don’t even really see that much skiing going on,” the former Xscape member said. “It’s about the dynamics of these families.”
Despite the Colorado town’s legal marijuana — “everybody there is pretty laid back, cool, and open-minded,” Burruss said — filming a reality show with family was a dramatic and emotional experience.

“Dealing with your family, it makes it much more emotional for me because you take everything to heart. When I have a thing with the ladies, it’s like whatever, but when I go through these things with my family, I really, really care about how they feel and making up with them,” she dished. “It’s more of a serious issue with me. My family, they’re very open and they say anything in front of the camera — they don’t hold back — so you never know what they’re going to say. It’s very different from the ladies on Housewives!”