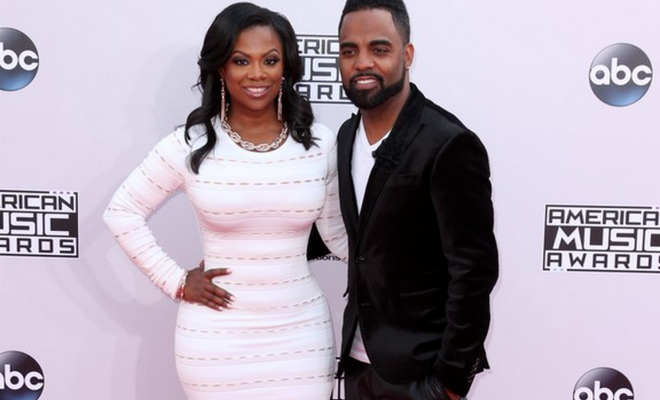 Kandi’s Rule That Saved Her Marriage To Todd Tucker

When it comes to marriage, Kandi Burruss does whatever it takes to keep hers in tact. After she and Todd Tucker hit a few road bumps this season on ‘RHOA,’ the Bravo star is revealing the number-one rule that got their relationship back on track!

After tying the knot in April 2014, Kandi Burruss, 38, and Todd Tucker, 36, didn’t expect to spend so much time apart as newlyweds. With Todd all the way in L.A. for work during their first months of matrimony, the Real Housewives Of Atlanta star worried about the future of her marriage. However, while catching up EXCLUSIVELY with HollywoodLife.com, Kandi revealed the golden guideline that helped her and Todd preserve their wedded bliss!

“We came up with our own plan of how many days we’re willing to go without being able to see each other,” Kandi tells HollywoodLife.com EXCLUSIVELY. “Because if somebody is placed in another city for a few months at a time, you’ve got to think, ‘How long are we gonna go before either you come here or I go there?’”

Good point, girl! Kandi came to this conclusion after realizing maintaining a long-distance relationship is easier said than done.

“It wasn’t as easy as you would think for me to just get up and go, because I have things going on too here in Atlanta,” the Grammy winner explains. “So to save our relationship, we just decided that we were going to make it mandatory that we would never go more than two weeks without seeing each other. It’s a rule we’re definitely sticking to.”

Since they’ve successfully saved their marriage, Kandi and Todd’s next relationship to recover is the one between their families. After insults, tears, and everything in between, Kandi and Todd took their relatives to the Colorado mountains to try and find some resolution! We’ll see the Burruss’ and the Tucker’s go at it on the RHOA spin-off, Kandi’s Ski Trip.

“Right now our families are in a place where we’re trying to mend and blend both sides. It’s been tough, but I have faith we’ll one day be able to all get along,” Kandi shares. “While we’ve never really skied before, we thought it would be a good getaway and an opportunity to talk things out and finally move forward. We’re married, so we had to get it through to both our families that this is forever. You just have to get along!” Our fingers are crossed for you and your folks, K!

The Real Housewives of Atlanta: Kandi’s Ski Trip premieres Sunday, May 17 at 8 p.m. on Bravo.