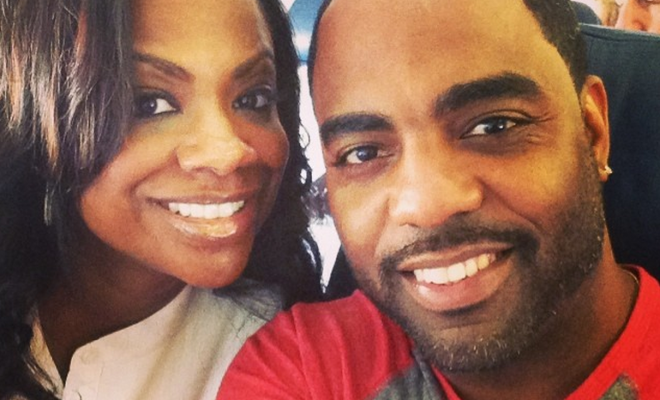 It looks like a little family feud isn’t going to get in the way of Todd Tucker and Kandi Burruss’ newlywed bliss!

The Real Housewives of Atlanta stars managed to find time in their absurdly busy schedules for a romantic getaway together.

Kandi posted a photo to Instagram of the two en route to their destination, along with the caption, “Vacay time!!!!!”

While Kandi and Todd are clearly doing their best to keep their romance alive, despite their jam-packed schedules, she recently revealed that the two haven’t been spending nearly as much time together as she’d like.

“Although I would have loved to take one of those long honeymoons & fly out the day after the wedding, anyone that watched #RHOA knows that I wanted Todd to produce his own shows & work for his self & that dream is coming true so I’m not complaining! So send him some love & congrats on his show being picked up as well!” Kandi told fans.

Despite the distance between them it’s clear that this cute couple is stronger than ever.

Check out the full gallery below!

Don’t miss the Kandi’s Wedding finale this Sunday at 8/7c on Bravo.