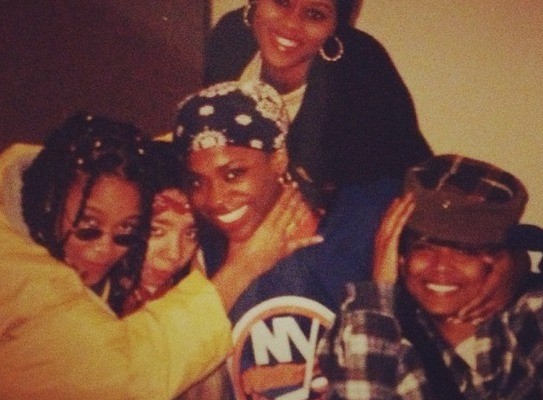 Real Housewives of Atlanta star Kandi Burruss is bringing us back to the ’90s with this reminder of why that decade really was so amazing.

Kandi was a vocalist in the ’90s R&B group Xscape, who had a slew of hits until they broke up in 1999. The ladies also reunited for a short time in the mid-2000s.

Now, Kandi is doing a little reminiscing and has posted an Instagram pic for a “Throwback Thursday” of herself with the group back in the day.

Seriously, how amazing is this shot? We love how everyone has a big smile on their face, given that the group would have internal problems later on. Okay, so Da Brat is choking Kandi here, but it appears to be a playful choking.

We also love all the different types of headwear that are being sported in this photo. And you know it’s the ’90s when there are at least three types of plaid being worn in one picture.