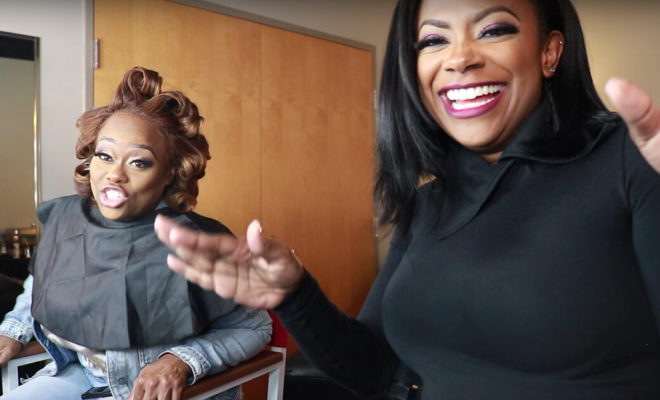 Xscape has been performing in front of sold out crowds on ‘The Great Xscape Tour’ for the past month, and traveling from city to city you get to see the best that each one has to offer…You also spend alot of time in your hotel and dressing room.

Lucky for us, Kandi Burruss has been documenting everything that goes on behind the curtain.

In her latest YouTube Vlog, she reveals quite a few interesting details about herself and tour life in general that you might not expect. So let’s get to it.

First, if you want to talk to Kandi, calling from blocked numbers is not gonna get the job done. As she says “you’ve just wasted your time & energy!” I think we can all relate to that one.

Second, while much has been made about the drama between Kandi & Tamika Scott, Kandi reveals that the are actually tour roommates, and they get along great! Something about that Scorpio connection.

Kandi & Tamika also talk about the all love they’ve received while on tour & the history that is being made selling out arenas all over the country.

And finally, Kandi settles the debate once and for all…She CAN dance, but states that she CAN’T twerk. Tamika doesn’t buy it which leads to a hilarious twerking tutorial that everyone within earshot of the camera participates in…including Kandi herself!