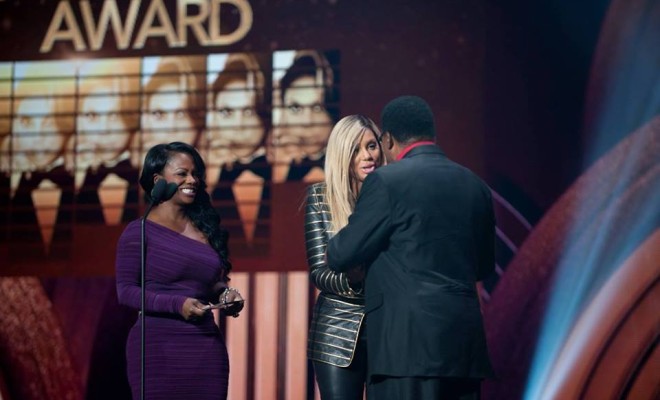 After five failed record deals and being dropped from numerous record labels, Tamar Braxton is a true example that it’s never too late to achieve your dreams. Tonight, she took home three awards during the televised broadcast of the Soul Train Music Awards, including; Song Of The Year for “Love and War,” Best R&B/Soul Female Award, and The Ashford & Simpson Songwriter’s Award. While accepting the Best R&B Female Award, Tamar grew emotional while her sisters and mom cheered her on from the crowd.

I’m just so surprised. I just wanted to start off by thanking God and thanking everyone who supports me and believes in my music and takes me serious as an artist because that’s who I am.

I just really want to leave you guys with this note: I never thought in my life that I would be here and the only reason is, I almost gave up on myself. I want to let you guys know, no matter what you want to be, no matter who you want to be, don’t give up on YOU. It is possible. I’m 36 years old and I’m proud of it. And I don’t give a damn if I was 56, you are not finna STOP [me], point blank and the period.