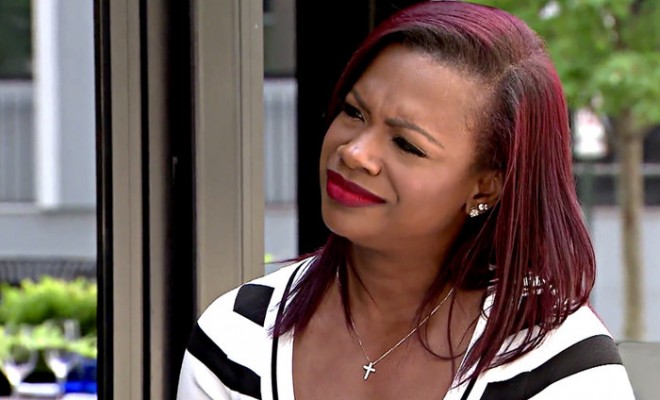 Kandi: Porsha is a Hypocrite and a Liar

In her latest Bravo blog, Kandi Burruss shares her excitment about Riley’s budding music career and her feelings about Porsha’s accusations. Get the scoop below!

Bravotv.com: What was it like seeing Riley recording in the studio?

Kandi Burruss: I was really happy to see my daughter expressing herself through music. She always said she wanted to sing, but she’s really shy, so for her to step up and get in the booth while the cameras were there meant that she’s ready to go for it!

Bravotv.com: Do you have plans to release Riley’s song?

Bravotv.com: What went through your mind when Porsha made all of those accusations at your lunch?

KB: I was irritated with her. She used lies to deflect the truth and anger me. Porsha is a hypocrite and a liar. Bottom line is if you’re a woman that has hooked up with a girl before, don’t go around throwing “shade” at someone because they’ve done the same thing. I’m very transparent. I’m married. I love my husband. I’m not in the closet. I don’t have a sex dungeon. I’ve never had a seven year relationship with a woman. Porsha still hasn’t sent me the name or number of whoever this anonymous woman is. My husband doesn’t tell people his name is “Marvin” to cheat. (People recognize him on the streets before they do me, so who would believe him if he had?) As far as her trying to say that I was lying about her kissing me because she doesn’t like “teapots”…on the preview for next week, she’s saying that we kissed but she was drunk and we should just “blame it on the Henny.” I guess it’s safe to say she does like teapots! Sip on that…

Everybody support my daughter Riley and get her song “Better Late Than Never!”