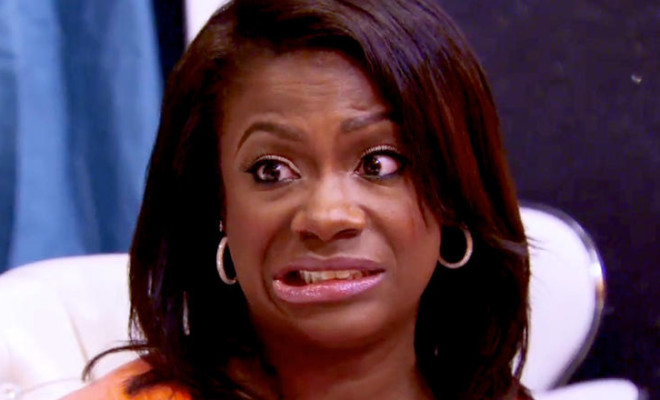 Kandi: “I Wasn’t Trying to Set Demetria Up”

I haven’t blogged for a while. The end of my year really sucked to be honest, and I didn’t feel up to blogging. Every time an episode aired someone in my family was upset about something. It’s crazy doing this show, because whenever a disagreement happens although you get past it, you end up having tension all over again when it airs on TV.

Losing Todd’s mom, Sharon, just really took us down. Losing someone that you love and care about is already hard, but to go through it and have to watch yourself arguing with them on TV is even worse. FYI, Sharon and I were in a great place as soon as the argument was over. The very next day we took her to Cynthia’s fashion show and also caught Cinderella on Broadway. That was prior to NeNe starring in it.

Side bar: I actually was planning on going back to see NeNe in the show, but after Sharon passed, we just didn’t feel up to going. Our only trip to NY after Sharon’s death was to clear out Sharon’s apartment, and we went to an event and a game with my friend/lawyer that had already been planned a few months prior. We didn’t even go on our annual family vacation for the holidays. I’m telling you this, because I have seen multiple tweets asking why I didn’t go support her. Well, now you know. Anyway, 2014 started out great but the ending sucked. Looking forward to an amazing 2015.

OK now that I’ve done a full paragraph on what had absolutely nothing to do with last Sunday’s episode, let me get to what you really want to hear… LOL!

I really enjoyed having Claudia as a guest on Kandi Koated Nights. She was funny and didn’t mind answering the questions. She even played along with the games. I like when people are very open and honest, and that’s how Claudia came off to us. The question about whether she would she kiss me threw me off because that was the last thing I was expecting to read on that card. That’s what I get for not reading it ahead of time. Todd and the production team thought it was funny — ha ha ha… It was all in fun. I wasn’t uptight about it, and luckily neither was Claudia.

As for my party… Let me start off by saying I know how to throw great parties. The food and decor were on point! Dr. Rachael and I had some great games that we had put together for the ladies. It was supposed to be a really fun time, but a couple of things went wrong. The first awkward moment for me was when Dr. Rachael asked Cynthia and NeNe to be bonded together, because NeNe took offense to it. She acted like we were purposely trying to upset her or something. I was confused, because when Cynthia and Porsha first got there, they told me that they had all went to lunch and had worked through their issues, so I didn’t understand why NeNe was so bothered by us choosing her and Cynthia for the game. When NeNe expressed how she felt, then Cynthia got upset as well, so that wasn’t good. I tried to hurry up and change it to NeNe and Claudia so that we could keep the fun going, but it seemed like NeNe wasn’t quite feeling her either…but she went along with it. At that point I thought we would be cool.

But then my friend Gocha let Demetria know that she had dated Roger Bobb. OK, let me give you the back story. For everyone that tweeted saying Kandi must have known she dated Roger Bobb, the answer is yes. Of course I knew, BUT I wasn’t trying to set Demetria up. Carmon told me right before the party started that she had also invited our friends Toby and Gocha as well as a couple more people who couldn’t make it. I said to her that I didn’t know if it was a good idea for Gocha to come because she used to date Roger and Demetria was coming. Then Carmon asked me if she should call and tell Gocha not to come. I said not to do that because I didn’t even know Demetria that well, and it didn’t seem cool for me to tell Gocha, someone that I hang out with a lot, that she couldn’t come because Demetria, someone that I was just getting to know, was coming. It shouldn’t have been a big deal, because it had been a year from the date of the party since Gocha dated Roger, and on top of that Gocha was happy in a relationship. Unfortunately, as soon as Demetria said she was dating Roger Bobb for 8 years that was the end of party. Nobody said their man’s name but Demetria. Not to say that she shouldn’t. I guess when you’re in love, you should scream his name for the world to hear. I was mad because I didn’t want the party to end that quickly. I had a whole bunch of new Bedroom Kandi products that I wanted to show the girls. But oh well… Anyway, since the party Demetria and I have gotten to know each other better, and I think she’s a nice person. For now on I’ll try to just keep her and Gocha on separate guest list.