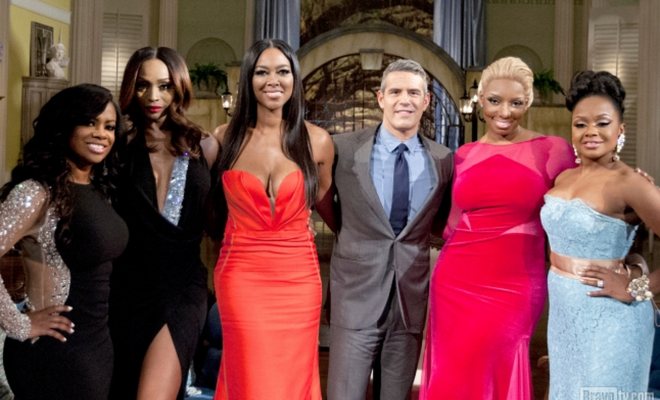 Kandi Dishes On Which Housewives She Wants For Season 7

Season 6 of the Real Housewives of Atlanta is almost behind us — just the reunion left now — and there’s only one thing left to do: speculate over who will make the cut for the Season 7 cast and who will be left in the Hotlanta dust. Kandi Burruss recently sat down with Bethenny Frankel where she revealed her wish list for Season 7’s roundup. Believe it or not, Kandi would like to see all of her costars return!

At the moment, Porsha Williams seems to be in the most danger to get pink-slipped after a physical altercation that she had with Kenya Moore at the reunion. Andy Cohen called the fight “gross” and “inappropriate,” but Kandi feels that the incident was not bad enough to warrant a termination to Porsha’s contract.

“I definitely feel that she should not… if you’re gonna let someone go, it shouldn’t be because of that. There have been other times where violence was had, whether it was NeNe choking Kim or when Sheree pulled Kim’s wig. There’s been other things that happened that people didn’t get fired for, so I don’t think it’s fair to do that to her,” Kandi claimed.

She then went on to add, “I feel like everybody on our cast was great this year as far as storyline, and I wanna see everybody go to the next season.”

“Even Kenya,” Kandi confirmed, as the audience broke into applause.

Are you surprised to hear Kandi is on board with all of her castmates returning? Share your thoughts below!