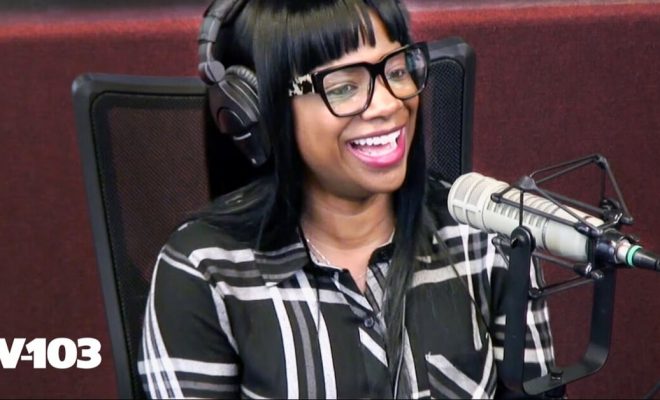 “Real Housewives of Atlanta” star Kandi Burruss isn’t ruling out taking legal action against Phaedra Parks for spreading a date rape rumor about her and her husband.

An unsubstantiated rumor had been floating around “RHOA” that claimed Kandi and her husband, Todd Tucker, wanted to drug cast member Porsha Williams and take advantage of her sexually. However, during a “Housewives” reunion show, Phaedra confessed to being the source of the rumor, but maintained that she only repeated what she had heard.

But we may not have seen the last of this ongoing saga, as Phaedra could find herself in court.

During an interview with The Ryan Cameron Morning Show, Kandi was asked if she plans to sue Phaedra.

“Uh yeah, I have thought about it,” she said. “I have to talk to my attorneys and see. The damage has definitely been done. They told me I should sue Porsha at first. When it came out at the reunion that Porsha got the information from Phaedra, I was like, you know what, let’s just hold up until you guys get to see the whole thing and I’ll get their opinion on how they think I should handle it and go from there.”

She added that “lawsuits are stressful,” so she may just let it be.

Still, because of the rumor, she said her reputation has been damaged.

“Even if somebody said they don’t necessarily believe it, there’s still the stigma of ‘Don’t put your drink down around her,'” she said.