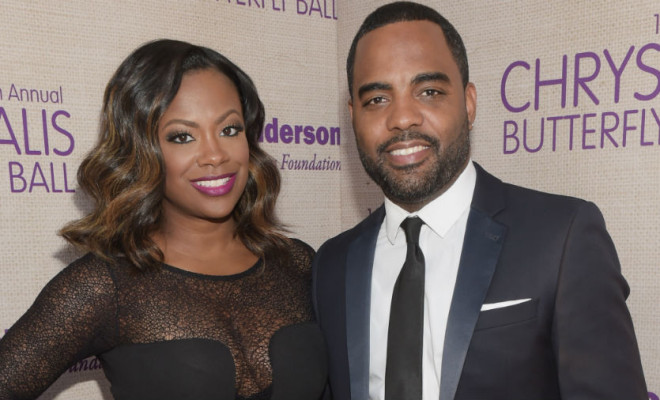 In a recent interview with PEOPLE Magazine, Kandi reveals: “I’m ecstatic!” “We’ve been looking forward to this moment.”

Burruss, who chronicled her struggle to have a second child (she’s already mom to daughter Riley, 12, from a previous relationship) on Real Housewives of Atlanta, says that when she and Tucker found out that she was pregnant, “We were just so happy.”

“We just started taping,” says Burruss, who reveals she’s due in January. “Obviously you will get to see a lot of our journey through this pregnancy, but other than that it will be drama as usual.”

Luckily, she says her pregnancy hasn’t been too dramatic. “No craving or morning sickness thank goodness,” says Burruss. “I’m just tired all of the time.”

While she and Tucker are sure about one thing – “We would love to have a boy,” she says – when it come to names, it’s anybody’s guess. Adds Burruss, “We’re taking suggestions!”