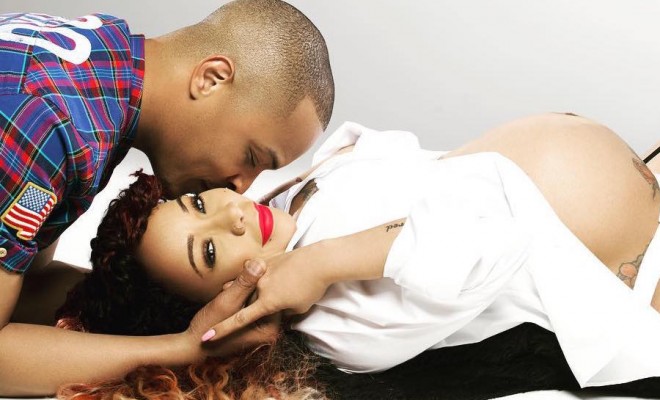 Kandi Burruss is more than excited for her bestie, Tameka “Tiny” Harris, to become a mom again. In fact, it’s long been a dream for the two former Xscape singers to welcome kids at the same time.

“She used to always be like, ‘Kandi, when are you going to get pregnant so that we can be pregnant together?’

Because she would say we need to have babies at the same time and it just so happened that it worked out that way,” the Real Housewives of Atlanta mom told The Daily Dish, referring to Tiny and husband T.I.’s baby-to-be as “lucky no. 7.”

For those wondering how it shakes out, Tiny has two sons with T.I., Clifford “King” Joseph Harris III (11) and Major Philant Harris (7). She also has a daughter, Zonnique Pullins (19), from a previous relationship, while T.I. has three kids from previous relationships, Domani Uriah Harris, Messiah Ya’Majesty Harris, and Deyjah Imani Harris.

With Kandi giving birth to her son, Ace Wells Tucker, back in January, it’s only a matter of time before Tiny’s bundle of joy makes their dream a reality. “I am super excited about my friend, sister, we’re like sisters,” she said. Tiny is currently at 33 weeks, and expected to give birth in April. It’s clear the two women are close, but could they really become family one day? You know, if Ace and Tiny’s daughter fall in love with one another and get married? Maybe! “I don’t want to match them up so soon,” Kandi shared with a smile. “But we’ll see.”