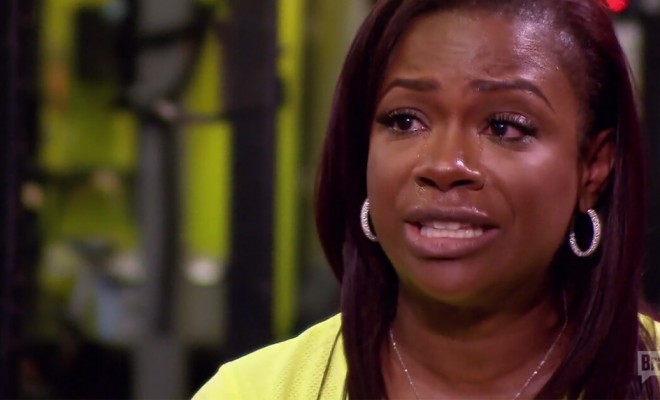 Kandi Burruss Breaks Down About Her Ex

Kandi Burruss opens up about the situation with Riley’s father, Block.

Bravotv.com: What went through your mind when Kris Kelli showed up at the Kandi Factory?
Kandi Burruss: I was wondering what the hell was she doing there. I haven’t seen her in some years, so it was odd for her to just stop by. We’ve only met a few times. I have nothing bad to say about her, but I didn’t know what her intentions were. For the last few years Block and I haven’t really talked that much at all.

So for his artist to just pop up out of the blue was strange to say the least. I didn’t even know they were an official couple. When I met her, I knew her as his artist. So it was really weird to me that she was trying to show so much concern for his relationship with Riley… She was really nice about it. So I was trying to be nice even though I didn’t feel Block and Riley’s relationship was a conversation I should’ve been having with her.

Bravotv.com: Why did you break down while talking to Sheree about Riley and her dad?
KB: It’s an emotional subject for me. My daughter is special to me. I never wanted her not to have a real father figure, but Block for whatever reason has never really stepped up to be the father Riley deserves. He’s always been very flaky. He’ll call and say he’s going to do better and then you don’t hear from him for months at a time. Riley used to be sad about it, but now she’s just over it. I honestly never wanted this to be seen on the show. I hate the whole baby daddy/baby mama drama, but here he comes out of nowhere with this bullsh–… It tripped me out to hear Kris Kelli say to Lena and RL that we’ve been blocking Block out. I was like, “What???!!!” He’s clearly been giving her some bogus story.