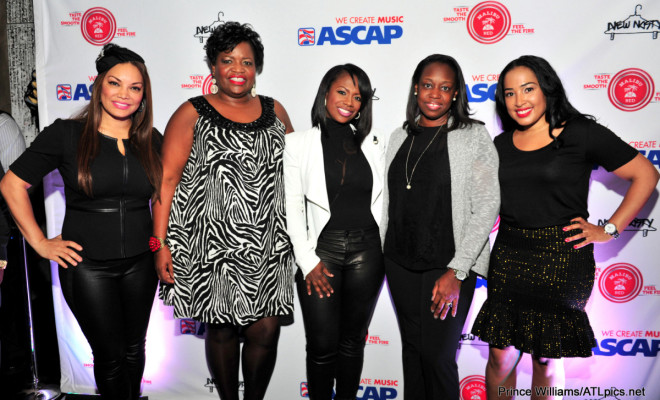 On October 29th Atlanta, Georgia served as one of the sites for ASCAP’S 5th Annual Women Behind The Music Series. The professional music organization’s event celebrates women in the music community including songwriters, artists, managers, label executives, attorneys, and music publishers.

The Atlanta installment of this year’s series recognized three influential and accomplished women in the music business. Singer/songwriter and television personality Kandi Burruss, COO/Director of Marketing of Disturbing Tha Peace Records Aiyisha Obafemi, and entertainment lawyer Denise Brown Henderson were presented with awards for their contributions to the industry.