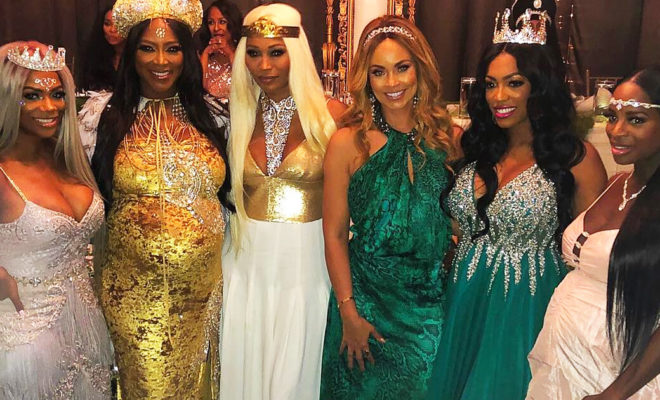 Kenya Moore was showered with love, as family and friends gathered to celebrate her upcoming baby-to-be in an extravagant fairytale-themed baby shower.

The regal Real Housewives of Atlanta alum — who is expecting her first child next month with husband Marc Daly — was the center of attention at the event, which was held from 4:30 to 8 p.m. at the historic Academy of Medicine in the heart of Atlanta.

“Words cannot express the joy and happiness I feel in my heart,” she wrote on Instagram, Sunday.. “So overwhelming to have a room of people who came to celebrate the impending life of #babydaly.” 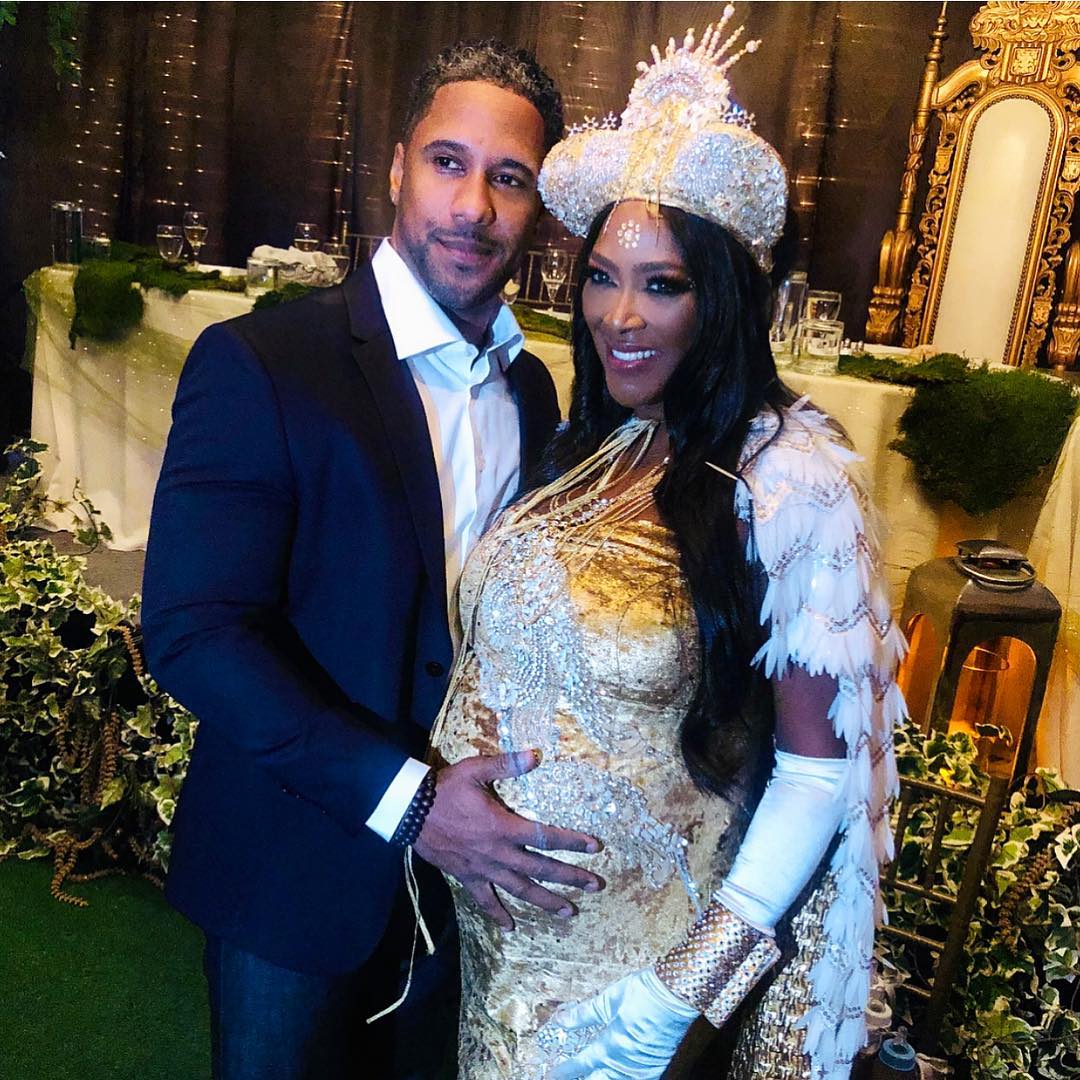 All looked the part, dressing up for the event’s vibe, which was proclaimed by “royal decree” on the invitation to be “Met Gala with a fairytale theme.” 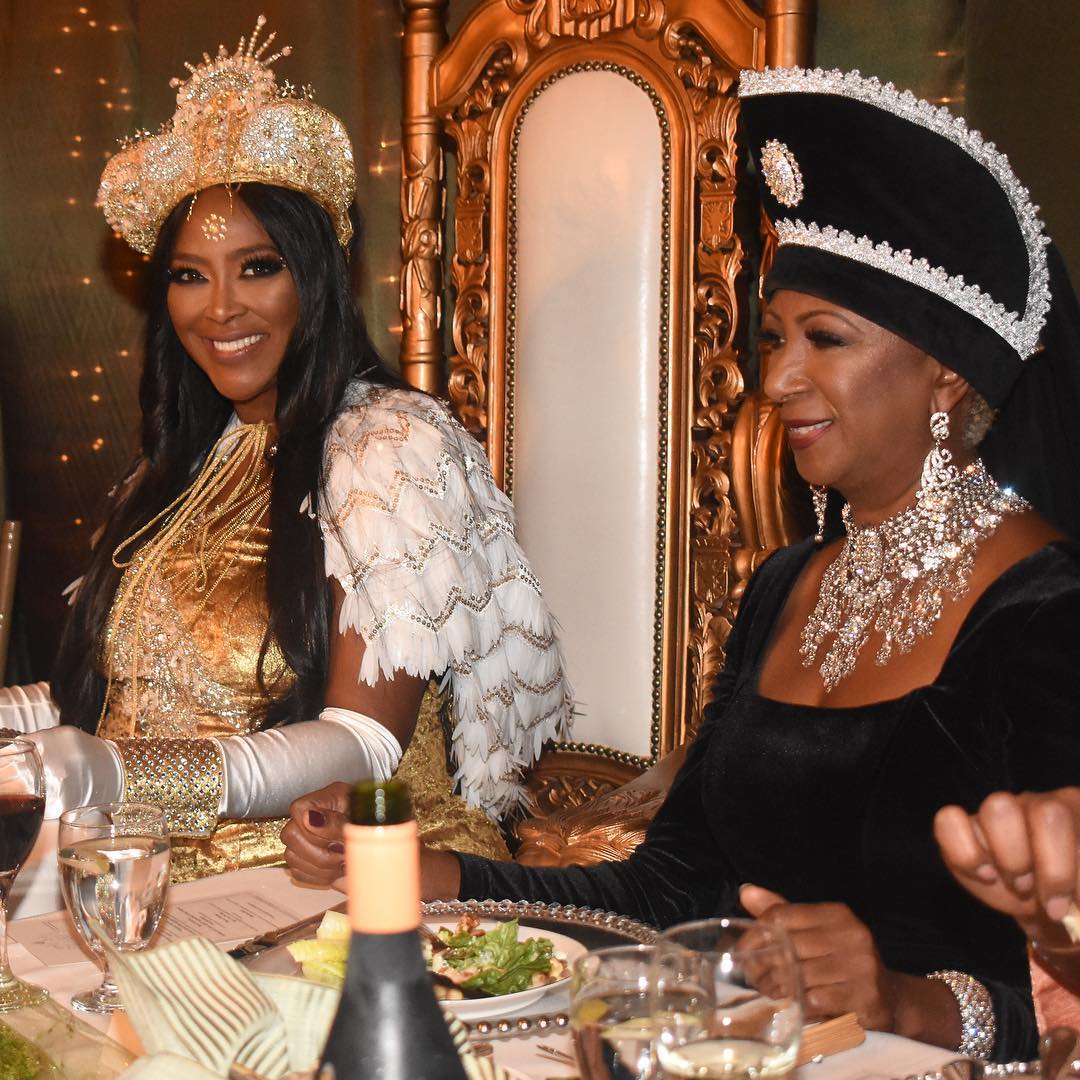 “Please use your imagination,” Moore and Daly wrote. “We strongly encourage creativity.”

And creative they were in photos they shared on their respective social media accounts. 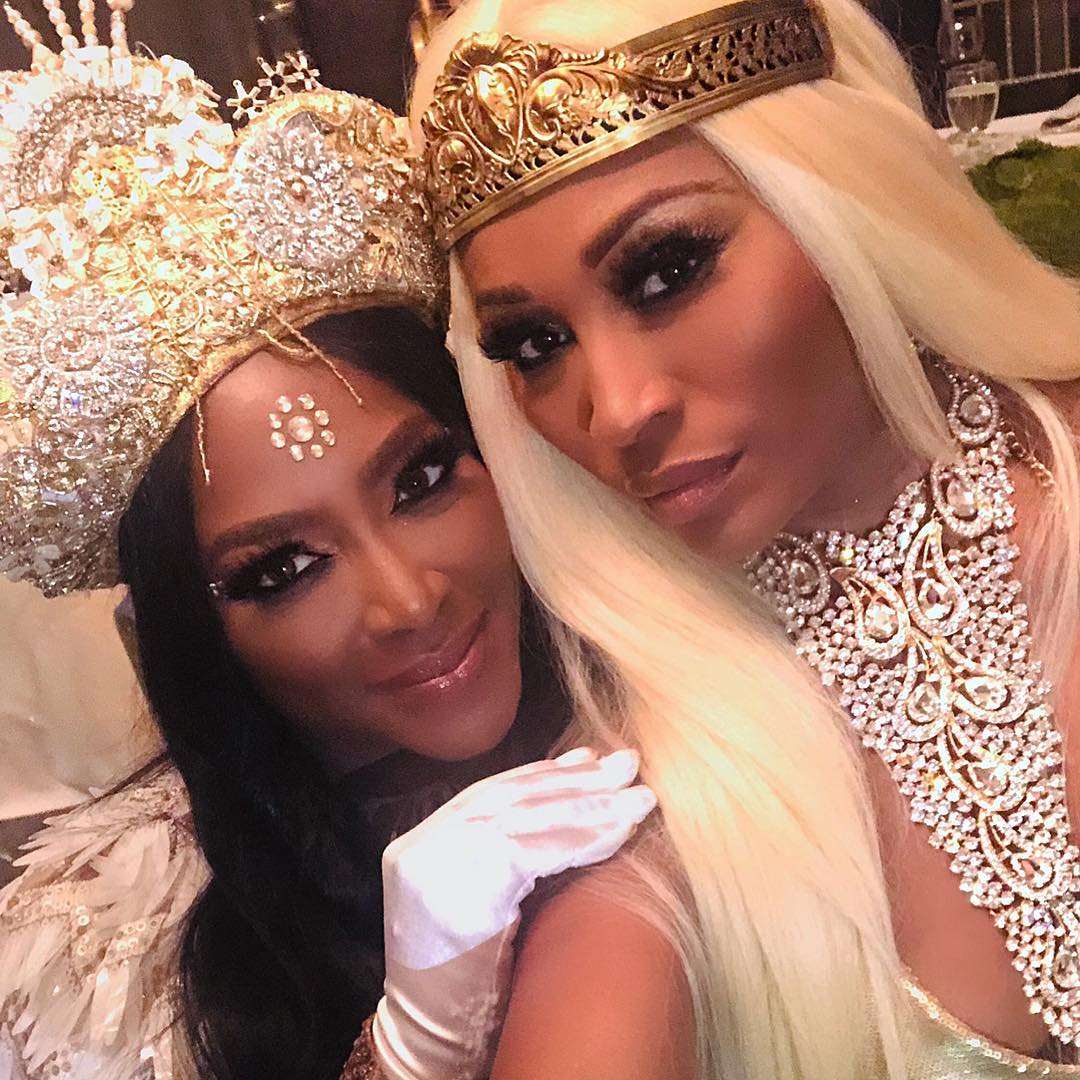 Burruss stood out in an ice-queen inspired look, with a long silver wig, tiara and plunging and sparkling silver gown. Bailey, 51, was a golden warrior queen in a blonde wig and gold crown, a dazzling statement necklace and a flowing dress with a fitted gold bodice and white skirt. 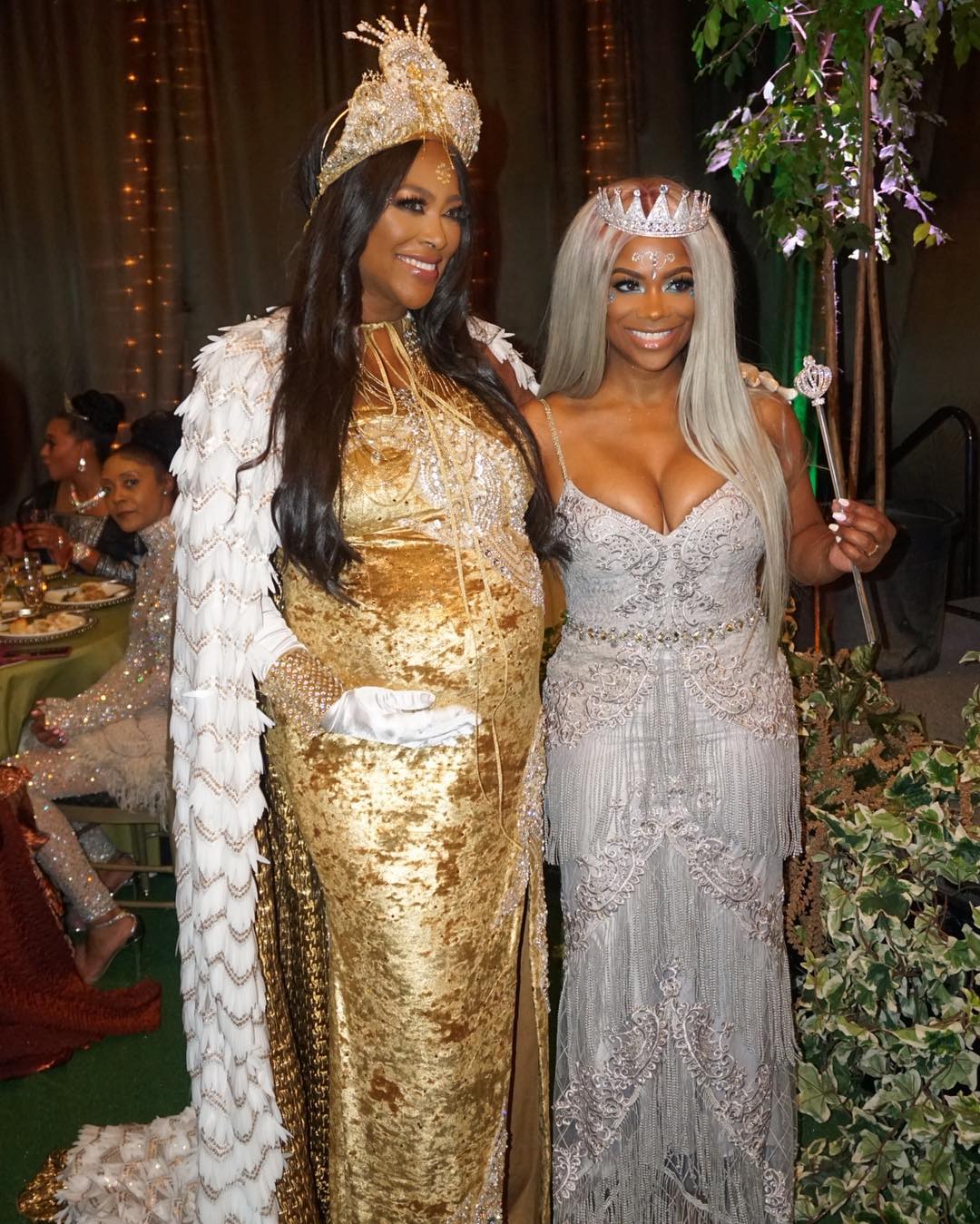 Kimes, wore a black number with a sheer cape, while Bush-Harris, 42, opted for a pink princess ballgown.

Meanwhile, Bryant and Williams both rocked green — the latter’s high-cut bedazzled dress showing off her own growing baby bump. Later, Williams took off her long brown wig but kept on the bling of her crown as she packed on the PDA in a video with fiancé Dennis McKinley.

Moore, the former Miss USA, stunned while channeling Beyoncé in a fitted gold dress with a long owl-feathered cape and heavy gold crown. Her husband, Daly, kept it classic in a blue tuxedo with a crisp white shirt worn without a tie. 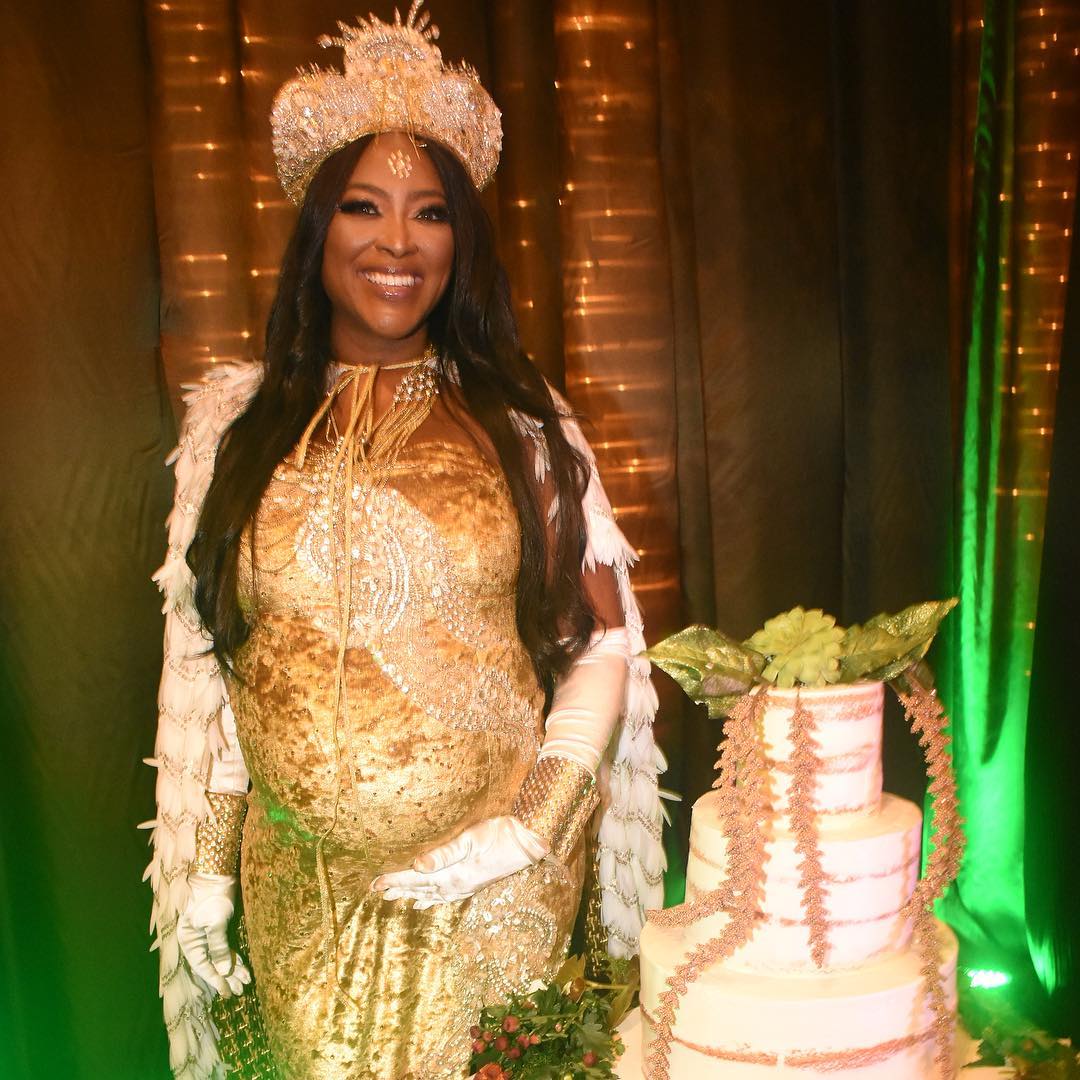 “Thank you for indulging me in dressing up and doing something different,” Moore told the crowd upon her arrival at the shower’s seated dinner. “I really appreciate you guys.”

“I’m just so happy,” she gushed, before taking her seat on an oversized gold throne seated atop a stage and surrounded by her “royal court.”

Guests enjoyed cocktail hour before dinner in the lavish space, which was covered in greenery to look like an enchanted forest. 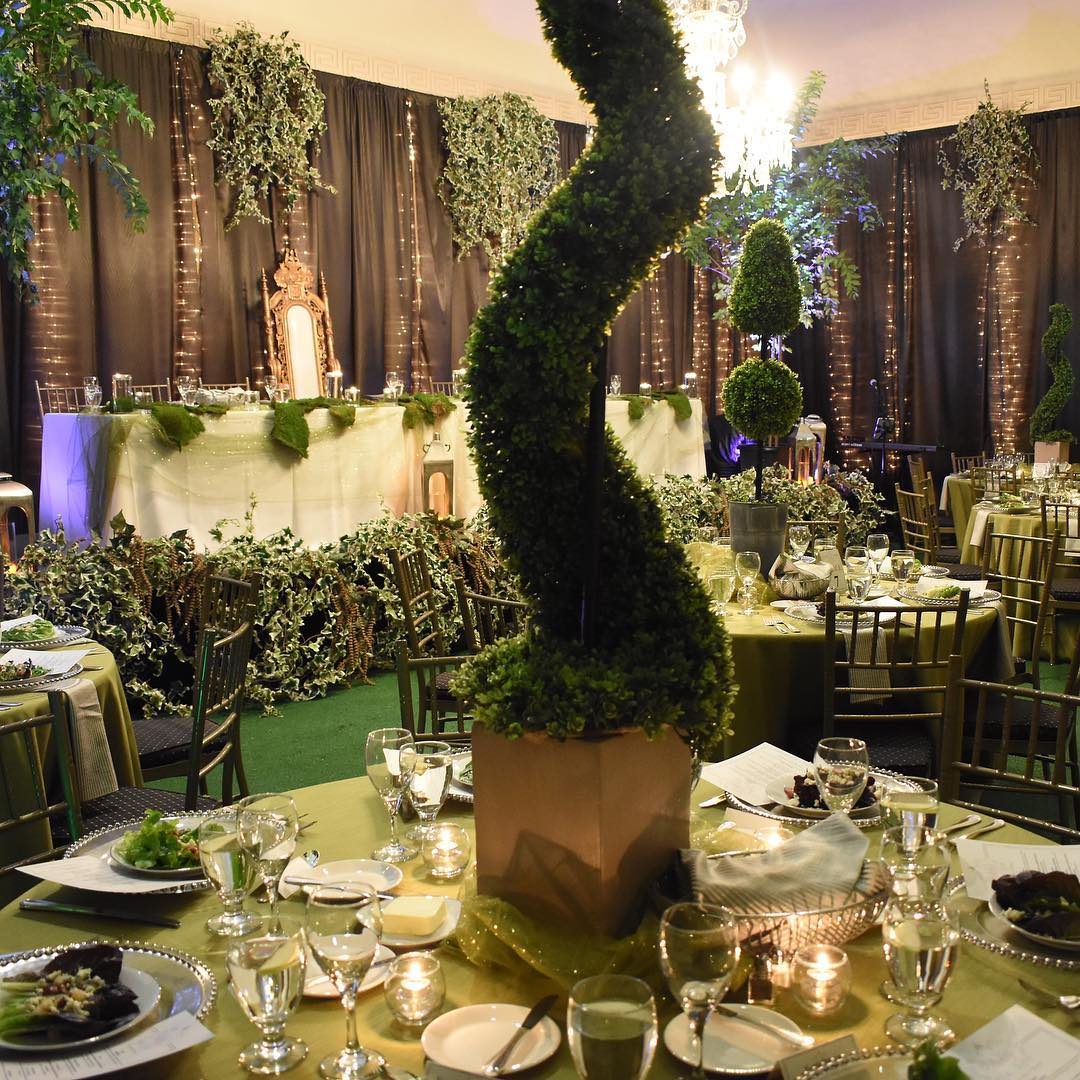 On the menu? An orchard salad; a chicken breast stuffed with mushrooms, sun-dried tomatoes and chèvre; eggplant cannelloni with spinach; and zucchini and yellow squash “pappardelle” with a basil infused rustic pomodoro.

Sadly, RHOA fans won’t get to see the event play out on television when the show’s eleventh season premieres in November. Moore chose not to return to the series, a disappointment for longtime viewers of the show hoping to see her journey continue.

Though the cameras haven’t been there, Moore has been keeping fans updated on her latest pregnancy milestones on social media — including her weight gain and baby shopping trips.

On Wednesday, she shared a 3D image of her growing “miracle” baby from an ultrasound on Instagram. In the caption, she pointed out that the baby — whose sex she and Daly are keeping a surprise until his/her birth — closely resembles Daly. 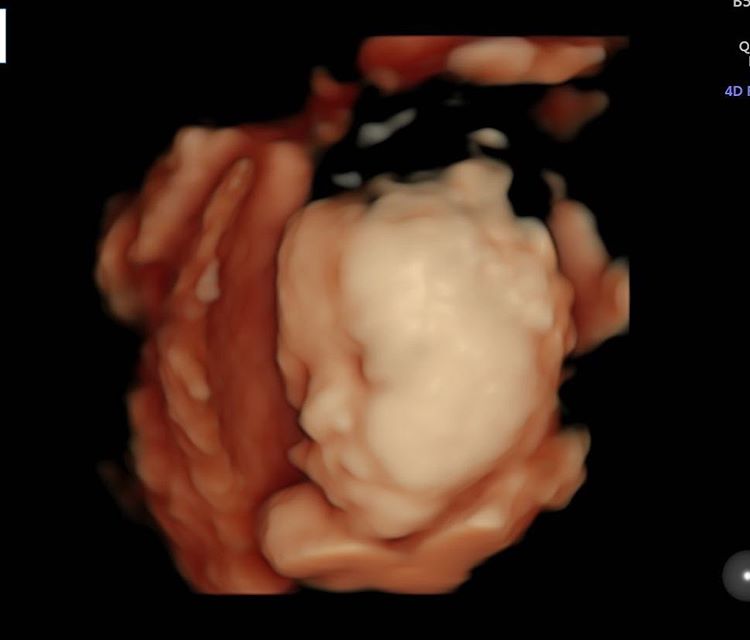 “OMG the baby has daddy’s lips and nose!” Moore wrote, also sharing a side-by-side image of Daly’s lips and her baby’s mouth.