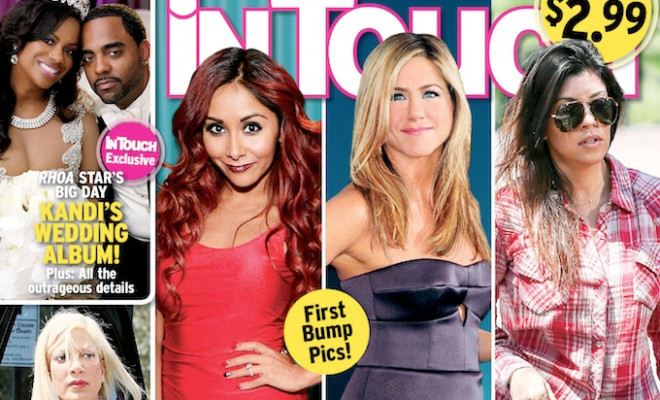 Kandi Burruss and Todd Tucker finally made it official on April 4 — and they’re sharing their day only with In Touch!

The Real Housewives of Atlanta star tells In Touch, “The whole thing was like a fairy tale!”

It was indeed, and In Touch has the first, exclusive photos to prove it! Their nuptials took place at Atlanta’s Le Fais Do-Do event facility in front of 300 guests. Kandi — who really knows how to make an entrance — emerged from behind a wall of ostrich-feather fans in a custom $20,000 Reco Chapple gown with a 12-foot train. 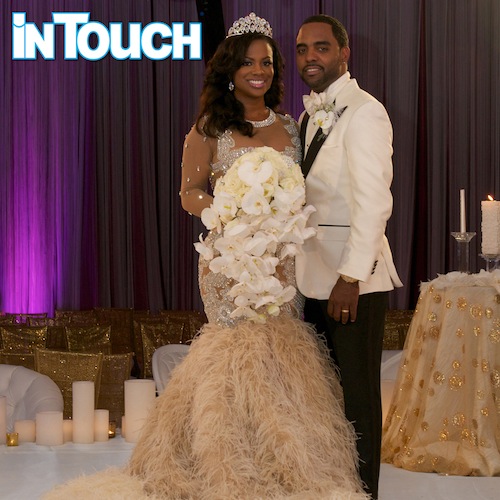 “I didn’t know if I was going to be able to pull this all together,” Kandi admits to In Touch, revealing that she organized the entire ceremony in just a month. “I couldn’t wait around hoping things would get better. I just had to do it and hope for the best.”

Luckily she wasn’t disappointed. Kandi’s mother, Joyce, has called Todd “an opportunist” in the past and accused him of cheating after he and Kandi got engaged in January 2013. But at the ceremony and reception, the mother of the bride was on her best behavior. Joyce confesses to In Touch, “Time will tell if Todd gets my blessing, but if Kandi’s happy, then I need to be happy for her.”