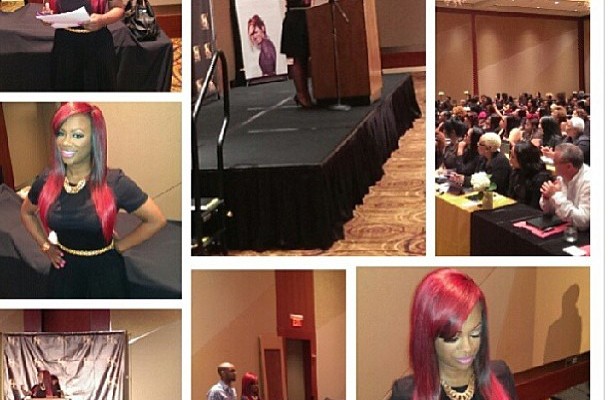 Over 200 diamond-selling consultants from across the country enjoyed two days of training. Day 1 was chock-ful of production demonstrations, dynamic guest presentations, and networking. But it wasn’t all work and no play: the ladies enjoyed a cocktail hour where gold-selling recording artist and star of R&B Divas Atlanta, Keke Wyatt surprised the crowd and was all the rage as she tore up the stage performing hit after hit.
The excitement continued with a motivational presentation by Dr. Kimberly Ventus-Darks that had everyone on their feet, product development introspectives by Gary Ayckbourn and Dean Elliot, and sex education lessons by Jamye Waxman.  Even Kandi her fiance’ Todd conducted a special demonstration that wowed the crowd.  The night wouldn’t have been complete without a RHOA cast mate making an appearance and Phaedra Parks fit the bill perfectly. The convention concluded with a 3-course dinner for the diamond-selling consultants.

Check out pictures from the convention below.