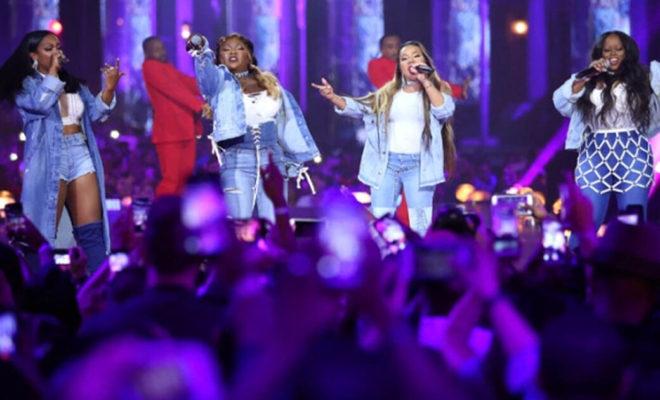 It’s like time never stopped for the members of Xscape as Tiny Harris, LaTocha Scott, Tamika Scott, and Kandi Burruss lit up the stage at VH1’s Hip Hop Honors.

The timing of their surprise 2017 reunion turned out to be perfect, as they’ve been back on the road in concert and sounding as fine as ever. Since the theme of the event was honoring the 1990’s, Xscape was the perfect choice to bring us back in time to when the girl group ruled the hip hop music scene.

The quartet slayed with their 1993 “Just Kickin It,” while wearing coordinated denim outfits with white tops.

Tiny and Kandi later showed up for a second performance which was a total surprise for the crowd.

They paid honor to another famous female hip hop girl group, singing TLC’s “No Scrubs,” even wearing the costumes from the band’s 1999 video. The iconic tune was actually written by Tiny and Kandi along with late TLC member Lisa “Left Eye” Lopes.