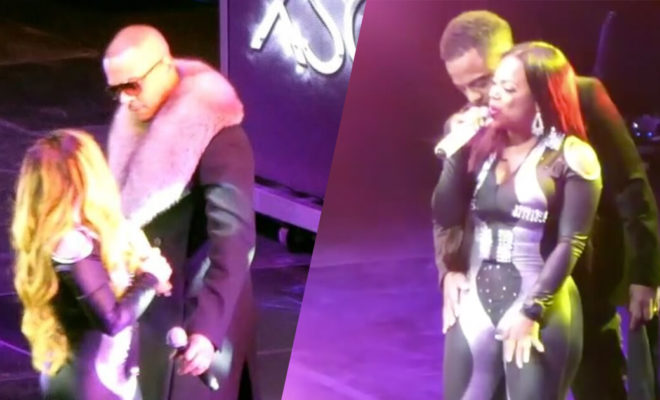 Fans of Xscape got more than they bargained for during their recent concert in Atlanta on New Year’s Eve.

The group surprised concertgoers by bringing up their husbands on the stage, and made sure they gave them a show that they will not forget anytime soon.

Each pair danced to a different song & the sold out crowd loved every second of it.

And last but certainly not least, the King of the South T.I. made his way out to join Tiny where he sang a few of his hit songs including “What You Know.”

At the end of the performance, he had some kind words about all the members of Xscape — LaTocha Scott, Tamika Scott, Tameka Harris, and Kandi Burruss.

The actor & rap star said that the ladies were bosses for being able to pull out such an amazing feat.

The father of six added not many people can accomplish what his wife, the Scott sisters, and Burruss are currently doing.

Before exiting the stage, T.I. called his wife, Mrs. Harris, so there is absolutely no confusion as to what her title may be.