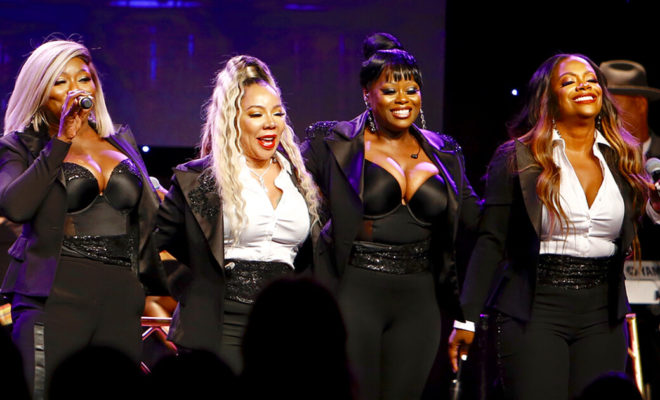 Urban music’s biggest names gathered to honor their own at the 2018 ASCAP Rhythm & Soul Awards, held on June 21 in Beverly Hills.

Warner/Chappell was named Publisher of the Year for publishing 25 of last year’s biggest tracks.

The electricity was palpable the whole night with a series of high-energy performances. JJ Hairston gave a searing performance of ASCAP’s top gospel song of the year “You Deserve It.” YBN Nahmir showed why he’s touted as one of hip-hop’s brightest up-and-comers, bouncing around the stage on his hit “Rubbin off the Paint.”

But ultimately, it was XSCAPE that owned the night.

After an intro from Jermaine Dupri (fresh from his induction into the Songwriters Hall of Fame), the quartet of Kandi Burruss, Tameka Harris, LaTocha Scott and Tamika Scott brought the audience to its feet as they harmonized over a trio of classic jams: “Who Can I Run To,” “Understanding” and “Just Kickin’ It.”

DJ Don Cannon kept the grooves going into the wee hours, as we closed the book on another unforgettable ASCAP Rhythm & Soul Music Awards.