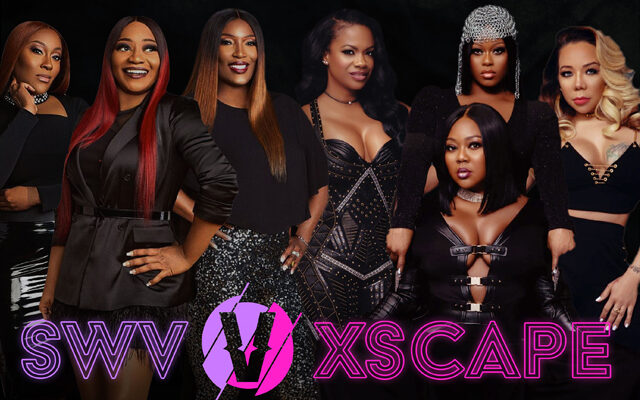 Xscape and SWV to Battle in ‘Verzuz’ Showdown

An upcoming Verzuz battle will pit two of the most beloved 1990s R&B girl groups in a vocal showdown that is sure to raise the roof.

The one-year birthday edition of the popular online battle of the bands is slated to take place at 8:00 p.m. ET on May 8, and will feature SWV and Xscape.

Saturday, May 8th at 5pm PT/8pm ET LIVE in the @Triller app OR on our Instagram. #VERZUZ @FemmeItForward Drinks by @Ciroc pic.twitter.com/7vwsUO4Llg

The SWV/Xscape vocal-off will follow the upcoming April 4 old-school match between The Isley Brothers and Earth, Wind & Fire and an April 20 smoke-out between Redman and Method Man.

New York new jack swing trio SWV (Sisters With Voices) — which features Cheryl Gamble, Leanne Lyons and Tamara Johnson — were one of the most successful R&B vocal groups of the ’90s, with such hits as the Billboard Hot 1oo No. 1 “Weak,” as well as “I’m So Into You,” “Right Here (Human Nature Remix)” and “You’re The One.” The trio released their debut, It’s About Time, in 1992.

Atlanta’s four-member Xscape — featuring Tameka “Tiny” Harris, LaTocha Scott, Tamika Scott and Kandi Burruss — were discovered by producer/rapper Jermaine Dupri, who signed them to his So So Def label, which released their debut, Hummin’ Comin’ At ‘Cha, in 1993.

The debut featured the band’s signature hits, “Understanding” and “Just Kickin’ It,” which was followed by 1995’s Off the Hook and their final effort, 1998’s Traces of My Lipstick. The band went on hiatus after Lipstick and reformed in 2005, with the original quartet reuniting in 2017 at the BET Awards.