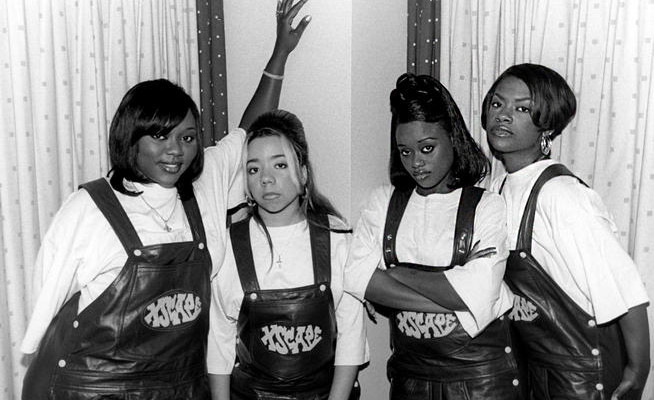 Would Kandi Make an Xscape Biopic?

Despite a falling out with fellow bandmate Tamika Scott over “some real foul stuff” being said, Kandi isn’t nixing the idea of making a biopic of the ’90s girl group that shot the Real Housewives of Atlanta star to fame.

“I think an Xscape movie would be great,” she told Hip Hollywood. “Just like all girl groups it was some crazy moments and I think it would make for a great, great movie.”

And as for who would play the leading lady? Kandi’s already got the casting all figured out! “Tika Sumpter!” she exclaimed. “I think she would be good.”

While tensions may be strained with Tamika, Kandi is on good terms with her other bandmate, Tameka Cottle, otherwise known as “Tiny.” Her pick for playing her former members’ role in the film? “The little short chick” from VH1’s Hit The Floor, Logan Browning.

Throughout the ’90s, Kandi’s group released three studio albums and scored six Top 10 hit songs on the Billboard Hot 100, including “Just Kicking It,” “Understanding,” and “Who Can I Run To.” Since her time in the group, Kandi has gone on to co-write songs for Mariah Carey, Faith Evans, Whitney Houston, and TLC.