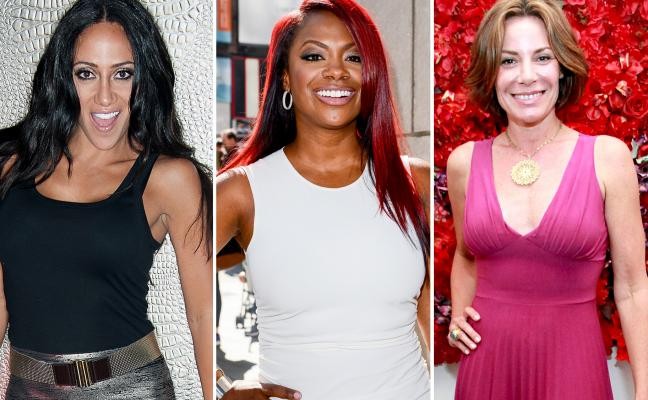 Which Bravoleb Would Dominate on ‘The Voice’?

The Voice, America’s favorite music competition show, made its triumphant return to the small screen last night. And so far, the competition is already fierce. This season, Adam Levine, Christina Aguilera, Blake Shelton and Cee Lo Green are all competing to find the nation’s favorite new star.

Naturally, we wondered how our own Bravolebs would fare if they were thrust into the show’s spotlight. After all, many have proven their chops as musical talents. Kandi Burruss has famously written hits for TLC and Destiny’s Child, along with igniting her own solo career. Melissa Gorga has been busy promoting her new single “Never Let Me Go.” And even Countess LuAnn, Gretchen Rossi, Kim Zolciak, Kenya Moore and Asa Soltan Rahmati have made splashes with their own attempts at pop stardom.

To celebrate the return of the Voice—we want to hear from you: who do you think would dominate on the show?