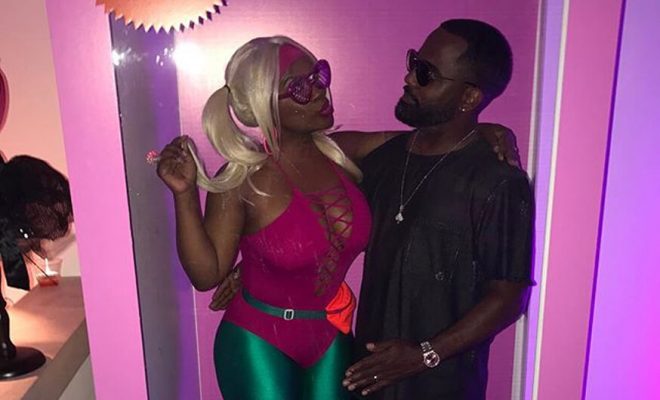 Her amazing outfit included leggings, a fanny-pack, roller skates and a blonde wig.

The RHOA star was joined by her husband, Todd Tucker, who dressed up as “KENye.”

She had this to say about the birthday bash… “Last night was hilarious! I was #RollerBarbie & @todd167 was #KENyeWest! When the birthday girl was on the mic why did Todd go up & take the mic saying “your party was good, but my party was better! From KENye West.” He’s crazy for that one. #BarbieAndKen”