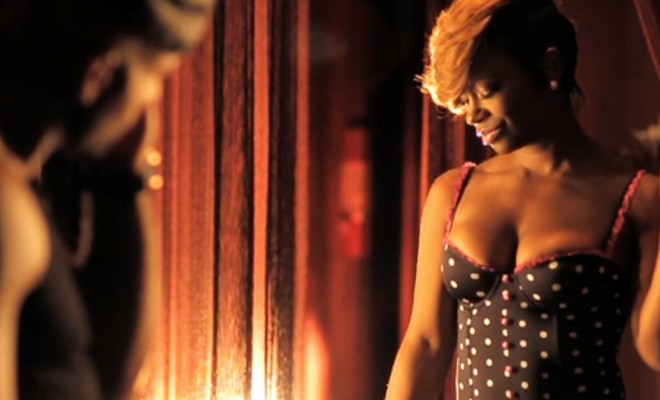 We can’t believe it’s been almost 6 years since Kandi released “Leave U” the first single off her critically acclaimed album Kandi Koated.

Check out what she had to say about the shoot back in 2010 and watch the full music video below!

Kandi turned to director Darren Grant for “Leave U,” her follow-up to the chart-topper “Fly Above,” but said she came up with the video treatment herself.

Kandi promises the long, drama-filled hours on set paid off. “This was really work, but I always say when things go crazy, that means the end result is going to be amazing.”