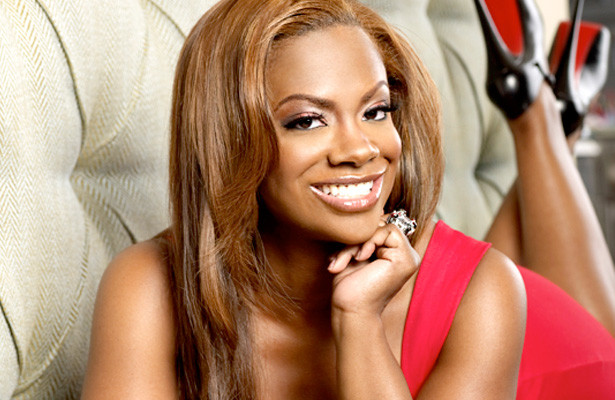 Singer/songwriter/serial entrepreneur Kandi Burruss is no stranger to the sweet sound of success.

After a chart-topping career in the ’90s as a member of R&B girl group Xscape, she co-wrote TLC’s monster hit No Scrubs and then found herself cast in the Atlanta edition of Bravo’s popular Real Housewives reality franchise.

Now, Burruss, who has also created an adult toy line called Bedroom Kandi and operates a boutique in Atlanta, is expanding her empire once more with The Kandi Factory, a new singing competition that premieres tonight on Bravo (10/9 ET/PT).

“These past two years have been (full of) wonderful things happening back-to-back and it’s scary sometimes because you’re like, wow things are going too good! But, I’m super excited about The Kandi Factory,” she says of the show, which she’s also executive producing. “I am nervous because this is my first time stepping outside of the Housewives, and I’m hoping that people will support my show the way that they have supported us, but it’s a totally different type of show.”

When told she doesn’t seem like the type who frets about anything, Burruss quickly corrects that notion with a loud laugh.

“Not true! I get nervous. Any time you’re doing well, I feel like people are waiting for you to fall or waiting for you to fail. Not everybody, but there’s always certain people who look forward to the day that you’re not doing as well. So, I’m constantly on my toes, like what’s my next move? What am I doing?”

The Kandi Factory follows Burruss as she puts 16 aspiring singers through their paces with the promise of a song penned by her and a music video for eight of the lucky contestants.

In addition to writing for TLC, Burruss has penned tunes for Destiny’s Child, Mariah Carey, Alicia Keys and Usher, winning ASCAP’s Songwriter of the Year (rhythm & soul) in 2000. She says Kandi Factory will allow her to show fans that despite her R&B pedigree, she’s musically diverse.

“We did all genres of music, so it will be cool for people to see that I can write any style of music, from rock to rap.”

Diversity among her crop of performers also made filming Kandi Factory a special professional experience for Burruss.

“One of our contestants has autism. We really didn’t know anything about autism and that there were so many different types of autism. You don’t want to do anything that is going to make him feel bad. You want to make him feel comfortable in the studio and bring out the best in him.

“He actually did a great job onstage and he recorded well, and it was a great experience,” she says. “It was a very touching moment because my sister, one of her sons has autism, and having that experience of working with (an autistic singer), it allowed me to see that my nephew can grow up to do anything.”

In between filming one reality show, producing another and running her various business ventures, Burruss is also planning her wedding to Todd Tucker, whom she met when he worked on the crew of Housewives. They’re still deciding whether they want to have private nuptials or televise the wedding, but before that, they need to pick a date.

And that’s difficult to do with a life as busy as Burruss’.

“To be honest, I average only about four hours of sleep a day. It is crazy. Last year was really hectic. We went straight from taping Housewives into taping Kandi Factory,” she says of the grueling shooting schedule that lasted from April through December of 2012. “It’s like we never stop.”

She’s in no hurry to catch up on her sleep, though, since Bravo has afforded her new ways to keep her Hollywood career fresh and relevant.

“Right now, there’s so much opportunity with me being a part of the Housewives, I don’t know how long this will last, so I need to make the most of it while I can. I don’t want to be one of those young ladies who are just happy to be on TV and they’re not really benefiting from it.”