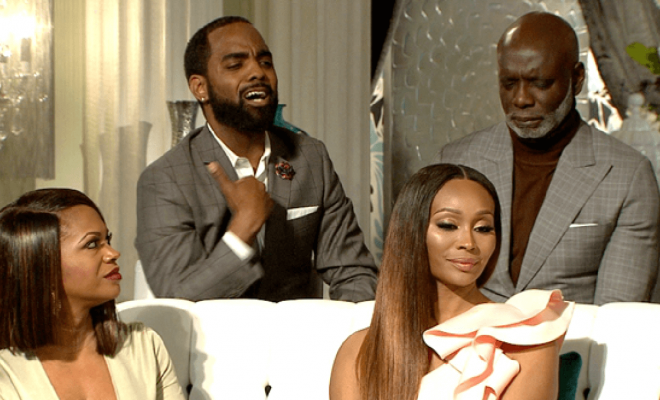 Todd Tucker Calls Out Phaedra Parks For ‘Playing The Victim’

Tucker is friends with Parks’ estranged husband, Apollo Nida, who’s serving time in prison for fraud. In parts one and two of the reunion, Parks called out some of her castmates for not offering to help her family more while Nida is behind bars, but Tucker shows no sympathy for the Atlanta lawyer in the clip below.

“I have really been a friend to you,” she says. “It’s not about that,” Tucker snaps back. “It’s about your ways.”

Tucker reveals he believes Parks called federal authorities on him and Burruss, telling them that the couple was holding some of Nida’s belongings at their house for him.

The issues were amplified throughout the season because Tucker felt Parks hadn’t paid him on time for a video he worked on with her. Parks brings Nida into that beef, telling Tucker, “You were running around with my husband, drinking, smoking, doing whatever the heck you were doing!”

Tucker isn’t having it, though, saying she should leave Nida out of their business arrangement. “Play the victim,” he says. “Play the victim! Let’s keep it real. You know so much about what Todd was doing, but Apollo was in your house and you didn’t know what the f**k he was doing?”

Part 3 of the RHOA reunion airs Sunday at 8/7c on Bravo.