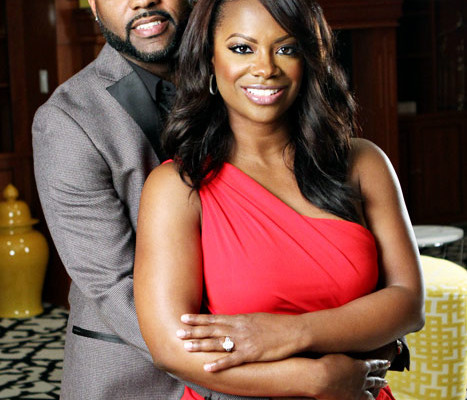 If Kandi Burruss ever needs a shining example of fiance Todd Tucker’s love for her, all she has to do is look at her left hand. The Real Housewives of Atlanta star, 36, accepted her beau’s proposal on New Year’s Day — and with it, a gorgeous two-carat white diamond sparkler by ring designer Gregg Ruth.

The couple revealed the news of their engagement exclusively to Us Weekly on Jan. 15, and in the process also spilled some details on the story behind Burruss’ ring, which Tucker had shipped in from Las Vegas after his fiancee spotted it on a Housewives trip and called to tell him about it. He carried the bauble around with him for “three to four months” before popping the question.

The romantic proposal went down shortly after 1:30 a.m. on Jan. 1, during a New Year’s celebration at the couple’s home in Atlanta, the lovebirds tell Us. After talking it over with Burruss’ daughter, 10-year-old Riley — who gave Tucker her blessing — the 39-year-old producer got down on one knee and proposed to his love of more than a year in front of their family and friends, including Burruss’ fellow Atlanta Housewife Phaedra Parks.

The Grammy-winning songwriter, engaged once before to the late Ashley “A.J.” Jewell, was “totally surprised” but “so excited,” she gushes. She even shed a few happy tears.

“I used to make jokes with my friends that I [was] part of the Forever Single Club,” Burruss tells Us, adding that she and her hubby-to-be already have some ideas about their wedding. “That’s what I said before, but now I’m totally different.”