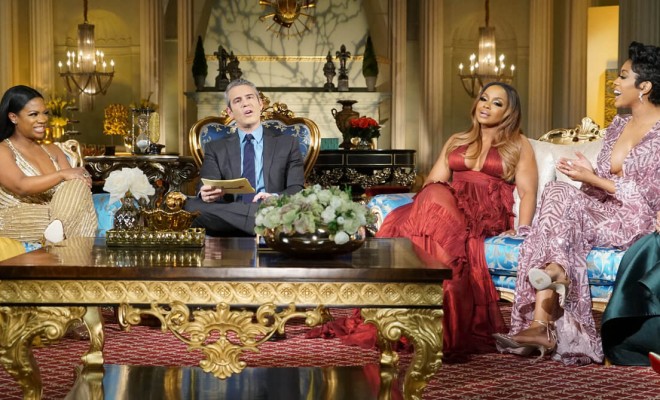 The Source of Those Kandi Rumors Is Finally Revealed

This season, The Real Housewives of Atlanta have been dealing with a slew of rumors about Kandi Burruss. It all started with rumors that Kandi and Shamea Morton, Porsha Williams’ friend, had been together, and insinuating that Kandi has “been in the closet.”

Things became confrontational, especially when there was talk about Kandi and Porsha kissing, and possibly doing a bit more. During their lunch, many accusations were made, including Kandi’s “dungeon,” a 7-year relationship with a woman, and that Todd’s using the alias Marvin.

If you can’t wait for next Sunday, get a sneak peek at the next episode now:

Then during the Hawaii trip Kandi came handy with some receipts. But the biggest accusation was a shocking one: Porsha claimed that she heard Kandi tried to drug her.

Of course, Andy Cohen wanted to tackle this issue during the reunion, and during Part 3, the perpetrator of the drugging rumors was revealed. The person who told that to Porsha was none other than…Phaedra Parks?!

This came as a shock, since she and Kandi used to be so close. It looks like there may be some trouble in paradise for Frick and Frack…

Don’t miss the shocking conclusion of the RHOA reunion Sunday at 8/7c only on Bravo.