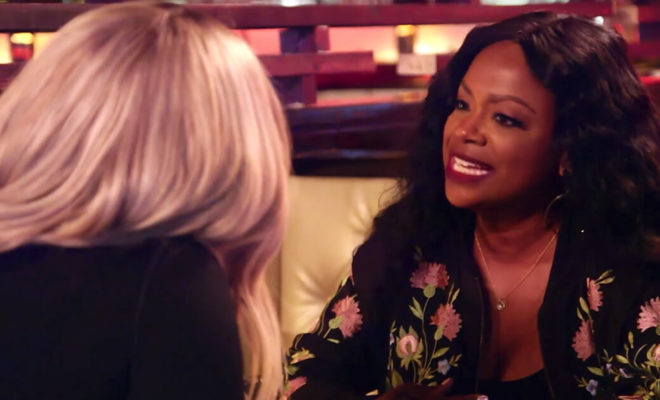 Still To Come This Season On #RHOA

If you thought The Real Housewives of Atlanta season 10 was bringing the drama so far, you haven’t seen anything yet.

Bravo just released the trailer for the second half of season 10, and it’s clear that the ladies of RHOA aren’t holding anything back.

Kandi Burruss goes off on Kim Zolciak when their dinner meeting gets a little too hostile.

Sheree Whitfield’s prison bae Tyrone appears to be ready to spill some tea on NeNe Leakes.

Kenya Moore has some issues with production but it looks like her hubby Marc Daly may finally make his RHOA on camera debut.

There’s a new lady on the block as Eva Marcille joins the group and she has all the tea on Cynthia Bailey’s new boo.

And things get explosive between Marlo Hampton and Porsha Williams.

Watch the explosive trailer below!

Don’t miss the Real Housewives of Atlanta all-new every Sunday on Bravo.