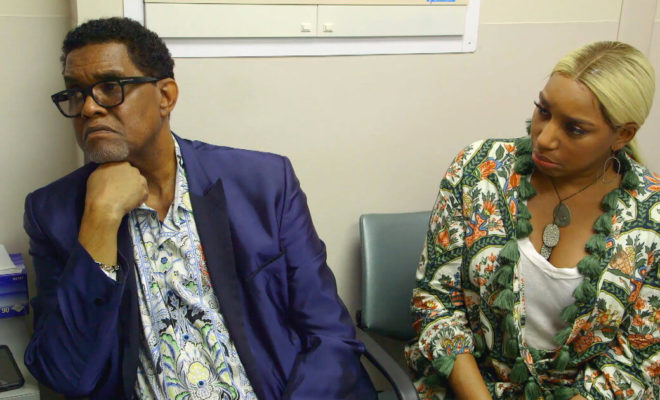 Bravotv.com: What did you think of NeNe’s show?

Kandi Burruss: It was a great show. I laughed the whole time.

Bravotv.com: Why did you decide to give Porsha relationship advice?

KB: Porsha and I were just starting to get on the right foot. I didn’t want to say too much, but I did feel like I should tell her to take her time. In the past, she’s been known to get serious quickly with some guys who didn’t necessarily deserve that from her. In this case, I already heard some things about Dennis, but I didn’t feel like she and I were in a place where she would receive any negative information well coming from me. So instead of telling her anything bad, I felt that I should at least tell her to take her time and not push the relationship too quickly.

Bravotv.com: Who’s the biggest diva of the group when traveling?

Bravotv.com: Was it difficult seeing Gregg struggle with his illness?

KB: Seeing Gregg struggle hurts. I’m so used to him brightening up the room when he walks in. Gregg is normally the one who lifts everybody up, but now it’s time for us all to be there for him and lift him up.

“Personally, I can say just from the jump, the situation that NeNe and Gregg are dealing with, that one is the hardest for me,” Kandi Burruss told The Daily Dish this week.

“It’s scary — cancer. When [you] say the word cancer, it scares everyone. And then, also, just to know that Gregg, being such a great guy, is dealing with something that’s life-threatening, we’re all just praying that he pulls through it with no issues, no problems.”