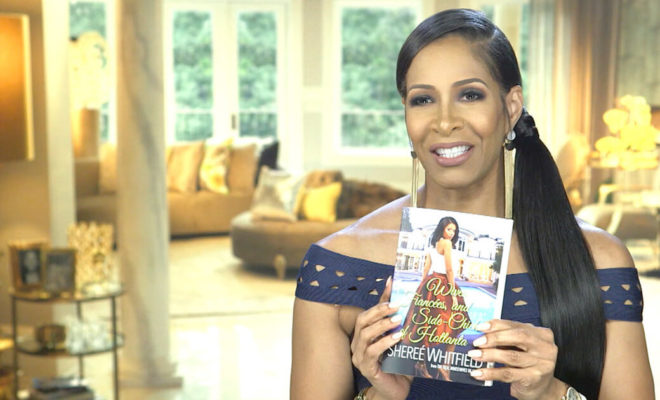 Wives, Fiancées, and Side-Chicks of Hotlanta…50 Shades ain’t got nothing on this!

The RHOA ‘wives sat down to read a few passages from Sheree’s novel and it got a little steamy.

Bravo had a chance to catch up with Sheree when the book released, and here’s what she had to say. “I’m not sure if any of the ladies have read it, but they should want to.” She also shared whether any of them would be surprised by the plot, which she has previously said is “dripping with drama.” “Surprised? I don’t know. I don’t want to say any names. I think if you read the book, you’ll definitely know some of the characters in the book.”

Atlanta’s newest novelist was inspired during her time away from RHOA to jot down her thoughts and, as she put it, “let some steam off.” She felt writing was the best way for her to process her emotions and some of the events that had unfolded in her life — even though she decided to approach it with a fictional bent.

So, does she think she’ll be getting any calls now that the ladies have had a chance to read it…on camera no less?

“Probably, probably. I didn’t put names,” she said. “It’s a novel, so it’s a little rumor, a little fiction, lots of reality.”