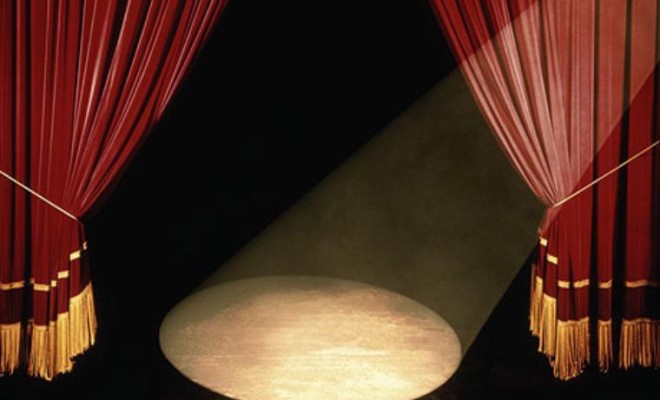 “The Real Housewives of Atlanta” star Kandi Burruss may not have had a focused career in acting, but she did participate in a play during her first season of the show. The women got together to do the “Vagina Monologues,” where she read a story about an abused women. But now, she is getting involved in the industry in a different way. According to a new Wetpaint Entertainment report published on Oct. 14, “The Real Housewives of Atlanta” star Kandi Burruss is now revealing that she has been working on a creative play, which will start in Atlanta next month.

“I’m creating songs for my play. I can’t wait to hear the voices of the people we casted on the songs. I hear so much in my head but I can’t play an instrument. So I’m singing a full out song with harmonies & all to just a click track. I’ll have a musician come play to what I wrote later but I need to put this idea down now. I love what I do! You would be amazed at what I can do with no music….. #thecreativeprocess #hitrecord,” she revealed on Twitter.

Don Juan revealed to S2S that the ultra-business savvy business “Real Housewives of Atlanta” star has an all-star cast in place to bring her vision to life. Kandi will hit the stage alongside RB legends Eddie Levert and Shirley Murdock, Grammy Award Winner Q Parker of 112, D.Woods of Danity Kane, and Chandra Currelley known for her extensive work with Tyler Perry.

We’re told that A Mother’s Love is a story that captures the roller coaster relationship between a mother and daughter. It depicts how tough it can be for a mother to let go and allow her daughter to make her own decisions when it comes to love. The story, which plays out over a week’s time, also follows the daughter’s all-girl music group as they prepare for a life changing performance.

Will the mother finally respect her daughter’s wishes to make her own decisions? Will the daughter choose to love the dreamer–a man with potential who loves her and is working towards his dreams? Or will she opt for the provider, who her mother sees as a man that has accomplished his dreams and arrived. Will the mother be successful in pushing her into the arms of another man? Torn between accepting the life her daughter wants and forcing the life she thinks her daughter should have, this is A Mother’ s Love.

Sound familiar? Sounds like Kandi might have taken a few pages out of her personal life and relationship with here mother.

What do you think of her starting her own play?