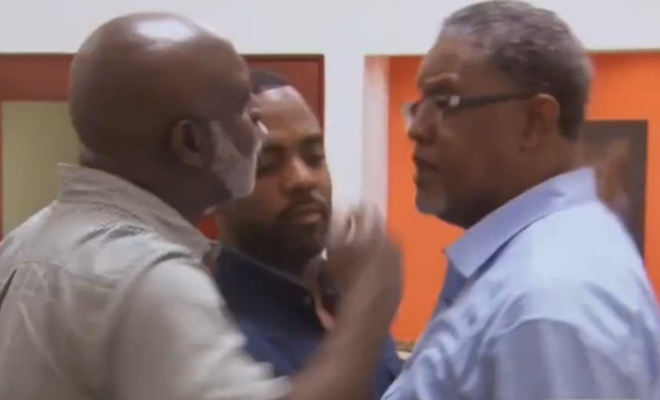 As their Mexican vacation continues, Phaedra discovers Apollo having a private post-midnight moment with Kenya and confronts them. Apollo makes a surprising decision on whether to stand by his wife. In her continued quest to clear the air with the group, Kenya decides to “re-do” NeNe’s messy Pillow Talk event, and stunning opinions on cheating come to light. As the men retreat for some quality time alone, Gregg reveals a grudge he’s been quietly holding against Peter — causing a shocking confrontation. Once the women join the fray, NeNe enters into another heated argument with Peter.

Things get heated between the Housewives as well as the husbands!

Phaedra Parks thinks Kenya Moore has crossed the line too many times when it comes to her husband.