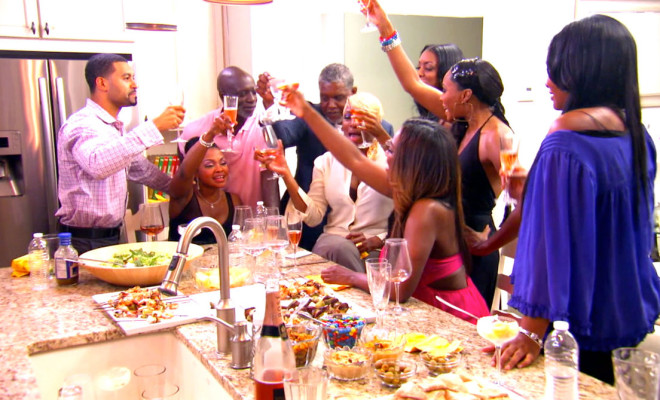 “The one-hour special will take a trip down memory lane and relive the series’ most unforgettable and buzziest moments,” announced Bravo. “From shady digs to an array of wigs, Watch What Happens Live host Andy Cohen pulls back the curtain on one of reality TV’s most-talked about shows and sits down with Housewives past and present to get the scoop on how the series has affected their lives.”

The special will feature clips from the past seven seasons as well as interviews with former and current housewives, including NeNe, Cynthia Bailey, Kandi Burruss, Claudia Jordan, Kenya Moore, Phaedra Parks, DeShawn Snow, Porsha Williams, and Kim Zolciak. “From new and untold stories to reflecting back on all of the drama that has ensued between these feisty women, viewers will hear it all from their favorite Georgia Peaches,” teased Bravo. “Leading up to the premiere, Bravo will roll out fan-favorite episodes, reunions, and specials throughout the week of July 6.”