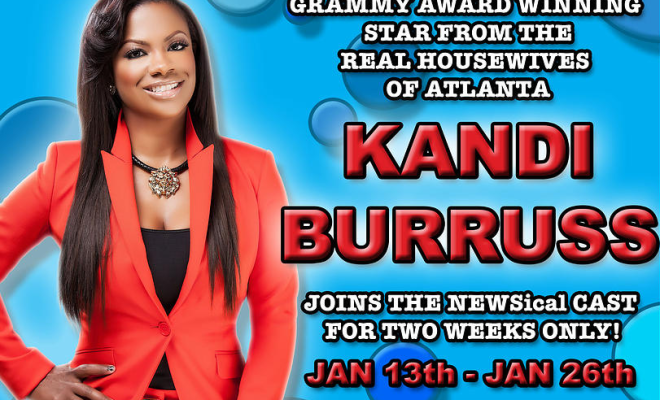 Grammy Award-winning singer/songwriter and “The Real Housewives of Atlanta” star Kandi Burruss will join the cast of Off-Broadway’s NEWSical The Musical for two weeks, Jan. 13-26, 2014, at Theatre Row on 42nd Street.

“42nd Street will be sweeter than ever when Kandi arrives in January,” said the show’s producer, Tom D’Angora, in a statement. “She’s a quadruple threat: a television personality, award winning singer-songwriter, record producer and actress!”