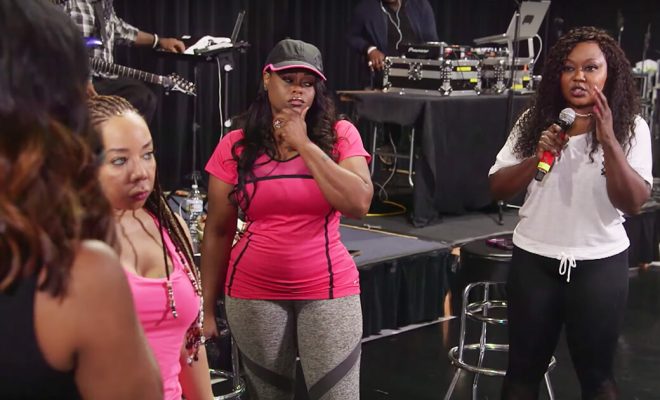 The Ladies Of Xscape Can’t Agree On Their Set List

Xscape exploded onto the music scene in the 90’s and emerged as one of the most prolific girl groups of all time. The women had three consecutive Platinum albums, with six of their top-ten songs hitting the Billboard 100.

After splitting up 18 years ago, the four members of the multi-platinum selling girl group Xscape have reunited. With the upcoming 25-year-anniversary of Xscape’s first album release, the women have decided to reunite for this special milestone and most importantly as an ode to their loyal fans.

Now in their 40s, the women plunge back into rehearsals and quickly realize that their old issues with each other have also resurfaced.

The ladies must figure out a way to get along with just two weeks to rehearse before taking the stage at the BET Awards, their first performance together in decades.

In this exclusive clip, the ladies try to get on the same page about what their opening number should be.

Xscape: Still Kickin’ It premiere’s tonight at 9/8c only on Bravo.