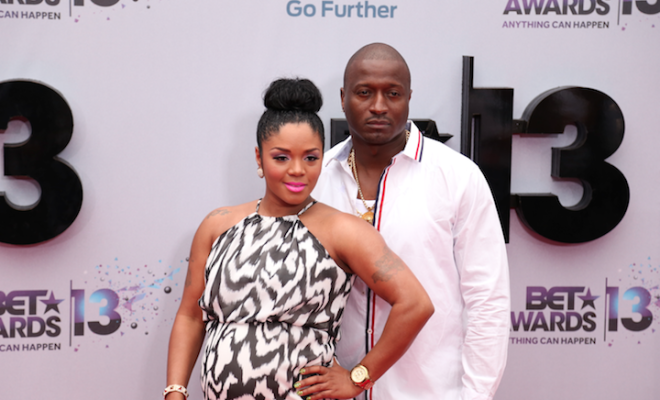 Via RollingOut.com: “Love and Hip Hop Atlanta” antagonist and reviled husband Kirk Frost resembled a high school janitor on the set fo the “Kandi Koated Knights” show when he tried to mop up his image that has splattered all around his feet ever since it appeared he cheated on rapper wife Rasheeda with a couple of ratchet jumpoffs.

However, after almost gloating over his sexual acrobatics to Rasheeda on LAHHATL, telling her how he was “turned up” after Rasheeda told him to “do you,” Frost is now moonwalking like Michael Jackson out of that playboy image he allowed to fester. Channeling his inner Bill Clinton, Frost told show host Kandi Burruss and the assembling crowd that he did not violate the sanctity of his marriage and did not have sexual relations with the women who were filmed in the hot tub with him on LAHHATL.

Frost credited the editing team at BRAVO TV for giving off the appearance of marriage impropriety and sexual dalliances.

Check out the additional photos from the weekly online show “Kandi Koated Nights.”