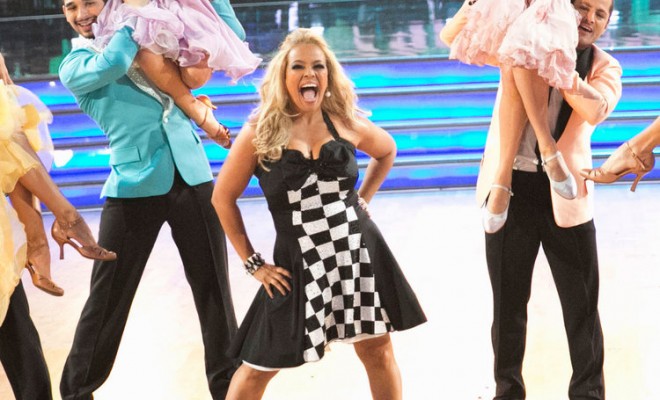 Kim Fields Does The Jive Despite Injury

Kim Fields wasn’t going to let anything keep her down this week on Dancing with the Stars.

After feeling a strain above her ankles, The Real Housewives of Atlanta rookie and her dance partner Sasha Farber headed to a doctor and found out Kim was suffering from a stress fracture that would sideline her from rehearsals for Week 6.

But, Kim wouldn’t let anything stop her from dancing on Monday night. Before taking the stage, she vowed that she would bring her all to the show. “People are realizing, ‘Oh no, she’s one to watch,'” Kim said.

Kim and Sasha ended up performing a jive inspired by the film version of the musical Hairspray, which earned them a score of 24 from the judges.

As it turns out, Kim will dance another week. Former football player Doug Flutie and his pro partner Karina Smirnoff were eliminated from the show on April 25.