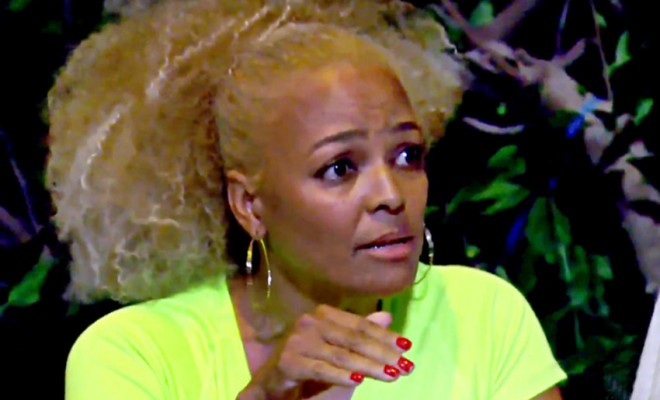 There’s been no love between Kim Fields and Kenya Moore this season on Real Housewives of Atlanta.

In addition to clashing over Cynthia Bailey’s ‘mercial, much of the tension spawns from Kenya questioning the sexuality of Kim’s husband, Christopher Morgan, and even sharing rumors she’s heard about him through the Hollywood grapevine.

After the two women faced off about the chatter over a group dinner in Sunday’s episode (as seen in the clip above), Kim headed to Instagram to shut down any speculation she may have about her decade-long relationship with Christopher and address the supposed nicknames that Kenya has heard about the Broadway actor.

“#RHOA… #WTF kind of time traveling ‘source’ are you that you can make me married to someone diff when you did your ONE ep of #LivingSingle?” Kim wrote, referencing Kenya’s comment where she referred to appearing on the sitcom Kim starred in in the ’90s. “I’ve told you keep my family out of your unimportant irrelevant mouth. As I said in #Jamaica, my husband’s industry calls him by his professional name only, with the utmost respect for who he is as a performer AS WELL AS a dedicated #husband a #father, whereas you have no industry let alone one that calls you. Magical to me that ‘fake’ is actually what is SO desperately desired. A good marriage is work, work we love; we are both on our second, so we know how to be out if it’s not the right fit, for any reason. Shame on anyone who continues to try to tear down #marriage and families, especially in the name of storyline. BTW, I have NEVER ‘come for you’ in my life. #TRUETOMYSELF‬ #FAMILY‬ #MARRIAGEMATTERS.‬”