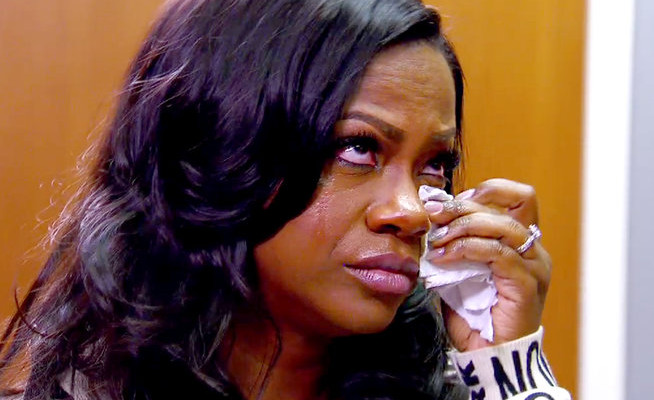 Kandi: Watching This Episode Irritated Me

Bravotv.com: Did you and Todd ever finish your pros and cons list?
Kandi Burruss: No, we didn’t.

Bravotv.com: Why did you get so emotional with Phaedra?
KB: I had a lot going on at the time. Yes, I was upset about my play being cancelled, but I also had some personal family things that I was dealing with as well. So I guess I was just extra emotional. It probably wasn’t the best time to go talk to her, but I was wondering what was going on with our friendship that she had to discuss it with NeNe and Porsha without ever mentioning to me that there was a problem. Watching this episode, it irritated me to see Phaedra try to brush off what was going on with me by saying that I was just upset about a bad business deal. I wasn’t upset about the money. There was a whole bunch of stuff that was going on with me that she didn’t take the time to ask about either. And now just because I didn’t text her every day, I’m a bad friend.

Bravotv.com: Did you feel like you resolved your issues?
KB: I don’t know if they’re resolved or not. Obviously she doesn’t tell me when there is a problem. I guess only NeNe or Porsha knows. Or I’ll find out while watching the show. I just find it so crazy that she was confiding in them about how I’m not a good friend… Had the shoe been on the other foot, I would never have discussed our friendship with them before talking to her about it.

Bravotv.com: What was going through your mind during the therapy session?
KB: I was thinking, “Why am I here?” Most of the conversation was about the problems between NeNe and somebody: NeNe and Kenya, NeNe and Claudia, NeNe and Cynthia… I didn’t want to be in that discussion. NeNe never feels that she is wrong, and if you tell her that she is or if you don’t agree with her, then she’s going to have a problem with you. I didn’t even want to say my opinion. I hate that Dr. Jeff even asked me to say anything.

Bravotv.com: Were you surprised that NeNe walked out?
KB: Yes and no. Yes, because she put the counseling session together, and no, because she loves to give a dramatic exit.