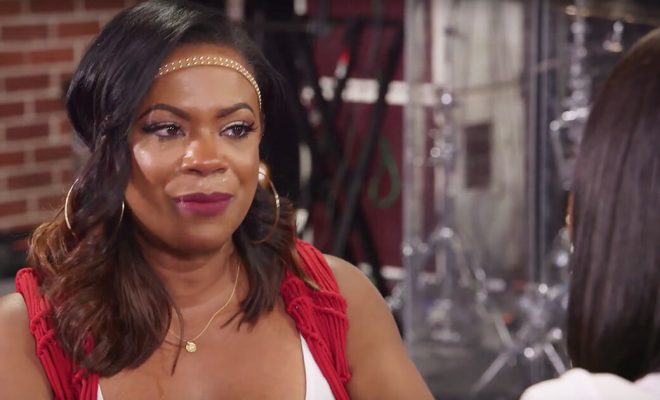 Was It Ever Kandi Vs. Xscape?

It may have taken almost 20 years, but all four members of Xscape came together and documented their reunion for Bravo’s Xscape: Still Kickin’ It; which premiered Sunday night to the delight of millions of fans.

Widely documented is the relationship breakdown between the group members, but in the premiere episode, fans find out that the issues with Xscape run far deeper that just radio rumors.

“In 2001 when the girls were ready to come back as a group the first time, I wasn’t ready to,” Burruss said in her confessional after a rehearsal where the other three members are singing a revised version one of their hit songs.

After a rehearsal gone wrong, arguments over the set list and now with the added pressure of a last-minute BET Awards performance, tensions are higher than ever before.

We know now that they did indeed get it together in time to kill the BET Awards, the ESSENCE Fest AND a sold out show in Detroit. But the journey to get there is so much more dramatic than we could have imagined.

In this exclusive clip from this Sunday’s all new episode, Kandi reveals in an emotional conversation with LaTocha Scott that she always felt isolated and at odds with her group members.

Don’t miss Xscape: Still Kickin’ It Sunday at 9/8c only on Bravo.