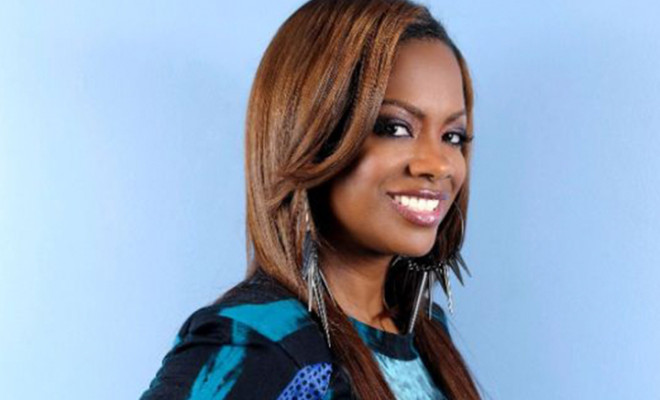 Say what you want about Kandi Burruss of Bravo TV’s The Real Housewives of Atlanta, but just don’t call her broke. While other housewives readily floss their reality star incomes and material trappings, Kandi is busy building an empire. We’ve seen her launch businesses and stage plays, all doing well enough that she can buy new homes—with cash.

Now, for the first time, Kandi is preparing to share her business acumen with the world via Empower – The Businesswoman MasterClass, scheduled for Saturday, April 11, in Atlanta. Here, she talks about what attendees can expect, as well as the a-ha moment that sparked her own entrepreneurial fire.

MadameNoire: Why did you decide to launch the Empower MasterClass?
Kandi Burruss: Well, basically, I’m the friend in my crew who’s always motivating everybody else to do something different or something extra to make more money. I have helped a few people to make some lucrative decisions, and they say that every time they talk to me they walk away with something that helped them.

MN: Why do women need to attend, even if they’re not entrepreneurs?
KB: Overall, you’re going to learn something. Some people may not be trying to start their own business, and that’s okay. But maybe you’ll just get a little inspiration on how to better your financial life, period, because sometimes we just need to learn how to save better or learn how to put things in perspective so that we’re bettering our whole life. And I feel like anytime you’re around a bunch of women who are like-minded, and who are all about taking things to the next level, that’s a positive thing anyway.

MN: Should all women consider entrepreneurship?
KB: I feel like some people are worker bees, and some people are queen bees. In my mind, the world needs worker bees in order to keep going. That’s how the world is pollinated, and if you’re a worker bee, that’s okay. But I’m not a worker bee—and by worker bee, I’m talking about a person who has to know that they’re getting a certain amount on their check every single week. And sometimes they become a slave to that job and sometimes they’re doing things that they don’t necessarily want to do because of the check that they have to get every week.

But a queen bee, she’s going to think outside the box. She may sacrifice more so that she can end up doing the things she loves to make money. Instead of having to work to build somebody else’s business, she wants to build her own business, and she’ll sacrifice and do other things until she’s able to get to the level of having worker bees under her. To me, it’s all about being happy, being able to provide for your family and doing what fulfills you. I’m all about trying to find ways to do something that I love to do so that it doesn’t necessarily feel like work, but I’m still able to make money doing it.

MN: When you were singing with Xscape, at what point did you realize that you needed to take more control over your financial destiny?
KB: When I started in the music industry, that was my first job. I was 16 when I signed with So So Def Records. I was still in high school, and then we had this instant success. My mom always preached to me and said, “Don’t put all your eggs in one basket; you need to put money aside for college just in case it doesn’t work out.” She was always focused on the negative, which can sometimes get on your nerves, but sometimes it’s just realistic. So I’m like, “OK, she’s right. What if this group falls apart? How am I going to maintain my lifestyle?”

After a while, I had gotten so comfortable being in that group that I didn’t necessarily see what my next move was. When we got to the second album, I had just bought a house, and we found out that one of our group members wanted to go solo. So that messed up negotiations for our third album. I had bought this house thinking we were about to do our third deal and get all this money, but the label wasn’t about to give us all that money when it was clear that Xscape wasn’t going to last much longer. So when I realized my destiny was tied to my other group members, I realized I need to figure some other stuff out.

That’s when I really started focusing on writing songs and doing other stuff to have a backup plan and be able to maintain my lifestyle. And by the time the group broke up, luckily, my songwriting had taken off. And from that point on, I knew I never wanted to be in a position where my livelihood was dependent on someone else’s actions.

MN: So your mom was a key influence in your financial decisions. Did you have any other mentors early in your career?
KB: I always tell people that Queen Latifah was my mentor, and she didn’t even know it. I’ve never met her; I do not know her. But when I was 19, I was still in the group at the time, and we were at an awards show. Queen Latifah had won an award because she had a management company, managing other artists; she had her television show; she was acting and she was a producer; she had her career as an artist. So she had multiple things that were all successful. I watched her win that award, and I looked at Tiny and said, “I’m going to win that award one day.” And that moment, for me, was when I realized that I need to do multiple things within my career. She was the one that made me realize you can do a whole bunch of stuff and make it work.

MN: Is it possible to do too many things? Can you have so many streams of revenue that things start to get watered down?
KB: When you have multiple businesses, you’re definitely going to have to have business partners and people that help you keep it going. You can’t do it all yourself. For me, I have Don Juan, who keeps my whole day-to-day in check and keeps everybody from each business tied together and communicating. And I have my business partner, Peaches, who keeps the day-to-day of my Tags boutiques going. And I have my partners with Bedroom Kandi. Not only do we have Bedroom Kandi, but we have Bedroom Kandi consultants, so we have hundreds of women across the country who are part of our network. So, obviously, I would not be able to do that alone.

I think a lot of people are scared to partner up with other people, and I understand that. But it’s important to be open to working with other people who are business-minded and who have their stuff together. And if you get the right partner, you can do all kinds of stuff. But I do feel like you need to solidify your first source of income and then add on.

MN: I’m sure people are constantly reaching out to you to try to work with you, so what do you look for in a potential partner?
KB: When it comes time to partner, I want to know that this person can handle the day-to-day because I cannot partner with someone who needs me to do everything… but they may not be able to market the company and get the word out, or other things that I’m strong at and can help with.

MN: What advice do you have for women who may read this and be inspired by your career, but who also feel that they don’t have the capital to really get a business off the ground?
KB: For one thing, it depends on what kind of business it is. Right now, you’re seeing so many people who are able to start their businesses online, so it’s not like they have to have the capital for a physical space. And one thing I tell people in that situation is, make sure your website is up to par and it’s looking like something, because I can’t stand when people say that have something going, but their packaging and everything else for their business looks bootleg.

But if you come to me and tell me that you have a business and you want me to be a part of it, but you have nothing to invest in what you’ve done—you can’t even afford a website or anything—that shows me right off the rip that you are bad with money. You are not willing to invest in yourself. Some businesses don’t take that much money to get started, but if you can’t save anything toward yourself—you can’t even get some decent business cards—that tells me something. And I mean that a lot of people are living above their means. They’re not willing to sacrifice for their own business. You may need to downgrade your lifestyle so you can save some money for your business.