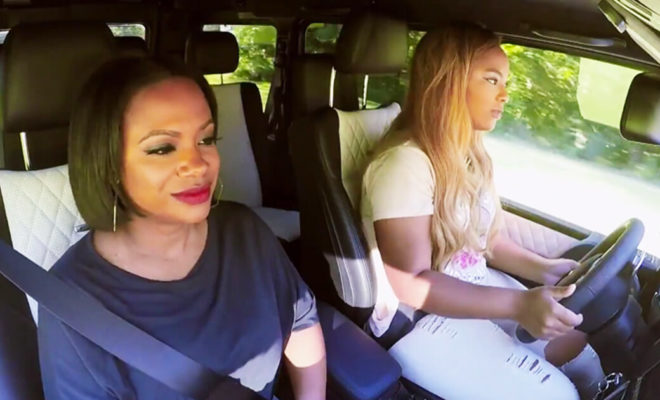 Kandi: I Stopped Expecting Anything From Block A Long Time Ago

BravoTV.com: What does Riley want to do once she graduates high school?

Kandi Burruss: Riley wants to go to college. She hasn’t decided what field she wants to be in yet, but we’ve talked about her possibly being a lawyer one day.

BravoTV.com: Why did Riley get so upset after talking to her dad?

She’s sensitive when it comes to the situation with her dad. She tried to put up a strong front when the cameras are around, but as soon as she got out of their view, the tears began to fall.

BravoTV.com: Has it been difficult co-parenting with Block?

We haven’t really co-parented because he’s never been involved.

I stopped expecting anything from him a long time ago. It’s not difficult when you get to make all the decisions because the other parent doesn’t participate.

Last year, Kandi made it clear that the relationship between Riley & her father was something she never wanted to exploit.

Watch the exclusive clip below in which the RHOA mom opens up about her daughter’s estranged father.

Don’t miss RHOA this Sunday at 8/7c only on Bravo.