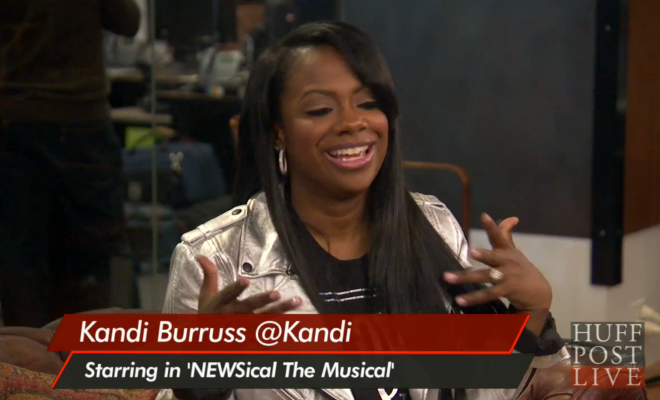 Since the announcement of their engagement last year, Kandi Burruss and her fiancé Todd Tucker have faced a hailstorm of criticism from the singer’s mother, Joyce Jones (aka Mama Joyce). And to the couple’s dismay, Jones’ disapproval of Tucker has not only halted their wedding plans it also created a rift between Burruss and her mother.

While promoting her stint on the Broadway stage in the musical “NEWSical” on Friday, the “Real Housewives of Atlanta” star opened up to HuffPost Live about their ongoing drama.

“He hates it, because he just don’t understand where her problem with him comes. He’s like, ‘I don’t understand why she wants to say that I’m trying to use you or something…what makes her believe that?’ So I can’t explain why she feels the way she feels. But it really bothers him.”