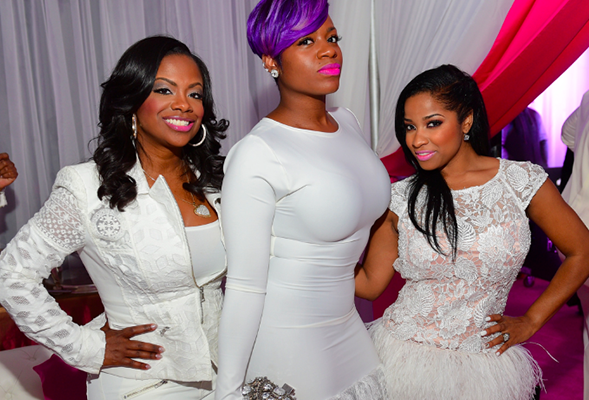 Three years ago, Lil Wayne threw an insane Cinderella-themed birthday bash for his daughter Reginae’s 13th birthday, so of course he and Toya Wright had to top that for her Sweet Sixteen.

The lucky birthday girl was gifted with a BMW and Ferrari GTO on Saturday, as she celebrated her birthday like a true princess in Atlanta with a guest list that included Kandi Burruss (along with daughter Riley & stepdaughter Kaela), Fantasia Barrino, T.I. and Tiny, Quincy Brown, and Kim Porter. Also spotted on the scene were Lil Wayne’s on-and-off fiancée Dhea, Nivea and Sarah Vivian.

The birthday girl showed up in a horse and carriage (much like she did on her 13th), and went through at least four outfit changes throughout the night as she enjoyed performances by Nicki Minaj and Rae Sremmurd (“No Flex Zone”). She also performed a few songs of her own, before being whisked outside where Wayne, her mom Toya Wright and her husband Memphitz surprised Reginae with the two luxury vehicles.

We can only imagine what her 18th and 21st birthdays will be like!